I have to tip my hat to reporters and editors of the Times-Leader and Citizens Voice for keeping us informed of the the latest outrages. I know I can't keep up on it all. 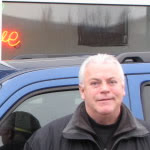 Today we learn that

I have to say good for him. It's about time that one of these cases actually goes to trial so we can learn who is paying the bribes not just who accepting them. He will probably cave before trial.

The Little Red Wagon company of Wayne, PA is the center of the latest questionable contracting practices or lack of in the county.


County commissioners initially approved payment of $107,000 to LRW. They later voted to extend the contract, but the new terms did not detail what work would be done, set a timeframe or cap for payments. The extension also was never signed by the county.

The original contract was signed in 2005 since then LRW has been paid almost a million dollars for advice on how to put papers in boxes. No change orders or extensions were ever approved by the Commissioners.


LRW has a website that has client testomnials including this one from Bob Reilly:


"After a lengthy search, I finally found a professional company who understands County government and provides the unique records management services we needed. LRW was able to help many of our offices free up valuable office and storage space and develop easy to follow guidelines for maintaining departmental retention schedules. The Records Improvement Committee and County Departments are extremely pleased with the work they have done. I can depend on LRW to get any job done."

WTF! Reilly has not been arrested, not charged with any crime yet somebody knows that he has turned down a plea agreement. How do you get offered a plea agreement before any charges are filed? I like Bob Reilly and I hope he did nothing wrong but if he did then there is a price to pay. BUT, if he didn't do anything worthy of an indictment, this publicity is destroying him. I think it was irresponsible to print this information before it became official, that's just not the way it should be. There are reputations, family and close friends who are all affected by this loose journalism.

hello??? pleas are sometimes worked out when informing of charges. it's obvious to anyone with half a brain they have something on him. you don't really think the us attorneys would have let the cat out of the bag at Brace's sentencing about the cooperation against the Reilly investigation and then reduce his sentence without confirmation do you? anybody in there??? he's done! get over it cronies..he can't do you anymore favors! and if he doesn't plea, i'm sure they could keep digging and find more. use a little common sense at the very least...people don't stay in office that long under that regime without playing a little ball! DUH!! maybe mr brown can "bail" him out. lol~!!!! couldn't happen to a more nastier man!!!!

whoops! gort, I think you need to fix the medico link

You know, earlier I thought Reilly's testimony on LRW said: "A phantom company I can count on that takes large amounts of taxpayers' money with ambiguous or non-existent work"...but they changed it!

11:29, thanks for the laugh. Please tell me what political favors Reilly can do for anybody? Reilly is the Clerk of Courts, not a County Commissioner. If Reilly did something wrong, wouldn't he jump on a deal? Reilly would not be the only one the Feds railroaded into accepting a plea for some BS charge. Oliveri in Pittston didn't do a damn thing wrong and he took the plea, Jerry Bonner didn't take a dime but he copped a plea the second time because the Feds wwere so weak they gave him NO time for a plea. At his age, he didn't spen the money to fight because the plea didn't cost him a thing. His career is over, he is approaching 70 years of age and said to hell with it. I hope Reilly can fight if he is the object of the same BS charges.

hey anon 11:29 wake up and smell the coffee you don't have to be a commissioner to do favors. he's in charge of all criminal records and can do lots! duh. as for the feds railroading anyone you have much to learn. they are just scimming the top to get these criminals out of office and out of any power and into jail where they belong. as for honest joe oliveri..think again. i'm sure if they had the time to keep digging they could put them away for a long long time. thats why these creeps end up taking pleas, my friend. they have much bigger fish to fry...stay tuned, more of your friends are going down bro hahahahhahhaahhaaaahhhaaaaaa better watch they don't come knocking on your door, they read the blogs...they might find some "bull shit" charge on you too. by the way the feds offer pleas when they're ready to indict they don't indict if your working with them to setup others, so the people you're trying to setup wont know...moron.

Well Reilly has now been CHARGED. How do all of you anonymous supporters feel now about him?