After all the drama of the last 2 weeks the Congress agreed to raise the debt ceiling and fund the government until early next year. The sad thing about it it is is almost the same deal that was agreed to before  the September 30th deadline. So in a way the Republicans actually got a policy victory in continuing to fund the government at levels that included the sequestration.

But that wasn't good enough at the time so they overreached by demanding that the Obamacare be defunded to keep the government open and not default on the debts that the Congress had already run up. That wasn't a negotiating position, it was a ransom note and the President was right to reject it and refuse to negotiate. He stated he was protecting the office for future President's both Democrats and Republicans. A minority of one house house of Congress cannot demand a repeal of settled law and threaten to crash the world economy if they don't get their way. If my Republican friends want to repeal the Affordable Care Act you need to win the next election.

Texas Senator Ted Cruz took them down this rat hole and it may help his ambition to win the 2016 Prez nomination. He raised a ton of money in the last few weeks and millions signed his "petition." His petition is just a mail/email list so he can go back and hit people up for more money.

As the deadline approached the ransom demands were reduced. First it was repeal Obamacare then delay it for a year. When that was met with a steady no from the White House and the Democrats  the ransom was to reduce to medical device tax which wasn't taken seriously. You're really not going to blow up the economy over a tax on stethoscopes and tongue depressors.

At this point it started to remind me of the film Ruthless People when Bette Midler screamed " Do I understand this correctly? I'm being marked down?  I've been kidnapped by K-Mart!" 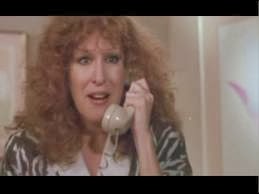 The debt ceiling has has been pushed off until February and CR lasts until January. Keep an eye on the new improved super committee that is supposed to report in December and come up with a new way to screw people on Social Security. .

Statements from our local Congresscriters.

The first from my 3rd fav GOP guy:

“I never wanted the government to shut down, nor did I want to default on America’s financial obligations.  After weeks of attempts at negotiations and many House votes to reopen the government, I believe we are finally on a path to move forward and get back to the work of governing the country.  While the final legislation we passed tonight does not even approach what I would have preferred, my love for this county and my concern for the well being of her people trump everything.

“We cannot risk a default on our financial obligations, which would damage our standing in the world and threaten the retirement accounts of countless millions of Americans.  With this action, we reopen the government, restore needed services, get people back to work, and ease global financial concerns.

“As a former mayor, I always want to find solutions to problems.  During this prolonged debate, the landscape was continually changing, as were the possible paths to common ground.  I worked hard and kept looking for answers.  In the end, I chose to side with the American people and avoid near certain financial and fiscal disaster.

“It’s important to note that this is only a temporary arrangement, and I am sincerely hopeful that many of my concerns about Obamacare and government spending can be addressed as we move past this crisis.”


Matt will part of the leadership one day unless he goes for a higher office:

Washington, D.C. – Congressman Matt Cartwright released the following statement regarding the bipartisan agreement to reopen the government and pay our bills:
“Today, the American people have seen Congress reach a bipartisan agreement to reopen the government and avert a default on the nation’s bills.  While the compromise that has been reached will provide our economy with the stability it needs, we must move forward together and do more.
“After more than two weeks spent facing off across a partisan divide differences were set aside to prevent disaster.
“Part of this agreement instructs leaders to name conferees to a budget conference committee.  The hope is that this action will assure Congress continues the work of setting this country on a path to job growth and fiscal sustainability.  The conference committee, which is charged with producing its negotiated budget package in December, is the appropriate place to discuss our differing views on the best way to chart a course for economic growth.
“Now we must return to our most important job – expanding the economy and protecting middle-class families.
“Let’s get together and actually pass a budget.”
Posted by Gort at 4:46 AM

I realize all the pundits are talking of another showdown in a few months similar to this one. I don't see it that way.

I cannot fathom the GOP, after all that has happened, shutting down the govt. once more, messing w/ the debt. ceiling---all in a congressional election year.

I think that the days of budgetary hostage taking are at an end....especially if the Democrats take the House next year.