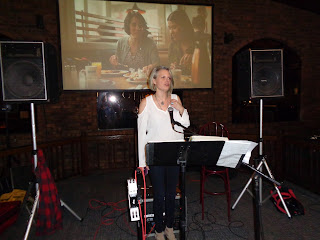 Wendy Cominsky is one of those very special people who decided to run for office. She doesn't have money or powerful friends just a desire to make a difference. I asked her why she would want to do such a thing and she told me she has been an activist about issues she cares about and people suggested she should run for office. So she listened to them and threw her hat into the ring. She is a middle class worker who owns her own business and she said if she is successful it will encourage more people like her.

She organized a great event and invited other candidates to circulate  petitions. The other council candidates gathering signatures were incumbent Linda Houck and newcomers Phil Gianfarcaro, David Popiak and Sheila Saidman. 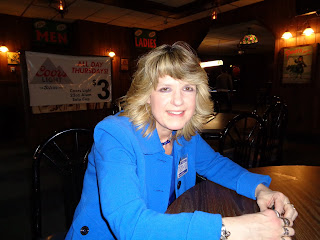 Michelle Bednar is running for reelection as Controller and said she is proud of the job she has done. She has reorganized the office and has done more with less people because of the county financial problems. The audits are on time and she will be looking at the  books of the local tax collectors next. The audit of the Homestead exemption has netted $100K in back taxes.

A couple of Wilkes-Barre Area School Board candidates also were seeking some ink.Melissa Etzle Patla and Jarvis Wright. More on Jarvis tomorrow. 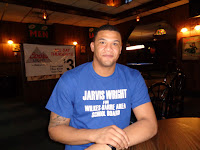 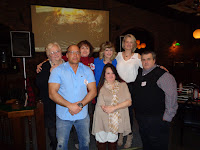 Another update from Walter

"I never denied that I did something wrong and I paid my fine as well as served my probation, and resigned from the job that I loved doing for the people of this County I think I left my guard down and was very stupid in allowing them the opportunity to get me out of office. I think it was truly an honest mistake that cost me dearly financially and emotionally and I am truly sorry for my mistakes."


To the surprise of no one former Luzerne County Controller Walter Griffith has announced he wants his old job back. Walter was elected to the office in 2009 but resigned in 2013  after he was charged with illegal wiretapping and sentenced to probation. “I think it’s a valid concern for people to have about me resigning my position as a controller,” he said. “If I made a mistake, I made a mistake.”

I expect a few other Republicans  will enter the primary to take on incumbent Michelle Bednar.

This race should be one of the most hotly contested in 2017. Many of my Republican friends are telling me they won't support him this time.

From his FB page:

Today I'm officially announcing my candidacy for Luzerne County Controller. I will be circulating Nominating Petitions to have my name placed on the ballot for the Republican party nominee in the May 16th Primary election. If you would like to sign my petition please let me know as soon as possible. Please remember you can only sign 1 petition.
Thank you and please share this with all of your friends.

I'm surprised he didn't send me a press release, he's pretty good at that.  I will have more on this next week.

Former county controller convicted of obstruction wants the job back

Ben I want you to know I respect your post. I also want everyone to know the circumstances that led to my removal. Everyone knows that the entire courthouse wanted me gone because of my uncovering the poor practices of the administration. I did not "Wiretap" anyone I recorded the Chairman of City Vest in my office at 7 PM because I was there alone. I placed him on speakerphone and was not aware that this was a violation of the law. I simply wanted to have a source of reference for myself of what was told to me regarding this very important audit of 10 million dollars of Federal Funds. I never released this recording to anyone and no one ever knew I had the recording. The FBI issued a Warrant for all the information that I had regarding my audit of this money and under the threat of Contempt, it was provided to the FBI ONLY. I was not aware that I was doing anything illegal or wrong. The County Power-brokers wanted me removed from office, plain and simple as was evident by the plea agreement. The taxpayers of this County are all smart enough to see that and will support me in my effort to finish the job I started. Thanks for listening and I appreciate your time.

The TL has a rundown of the candidates that have so far expressed an interest in becoming Luzerne County Councilors. Democratic incumbent Council chair Linda McClosky Houck is up for another run but Eileen Sorokas will take a pass.

I backed Eileen last time but her support of Trump as reported in this Newsweek article ( Why Did Donald Trump Win? Just Visit Luzerne County, Pennsylvania) poisoned her potential support among  local Dems. The news of the last few weeks revealed a serious lack of judgement on her part.

Incumbent Republican Harry Haas says the county has made progress on the debt and other issues and will seek a third term. Kathy Dobash is being coy but is probably in.

A bunch of Democrats will be circulating petitions:

The Republicans looking to get on the ballot:

This Sunday candidate Wendy Cominsky is holding a petition party open to all Democratic candidates. 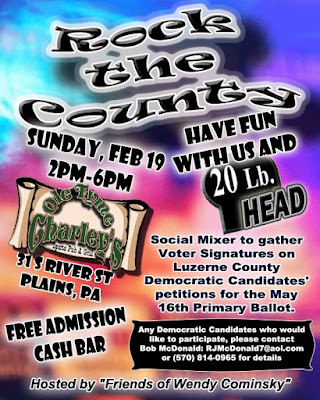 Time for some grownups

So Mike Flynn was fired as National Security Advisor. Expect more staff changes in the Trump Whitehouse. Priebus, Conway, Bannon, Miller, etc. have no experience in government and it has showed in the first 3 weeks.  I expect that some people from the Dubya years will be brought in to restore some order. But who would want the jobs when you have to deal with Twitty. 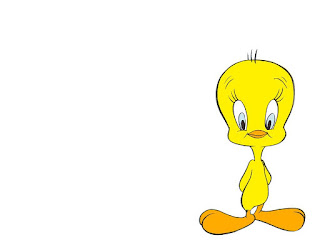 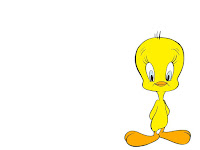 A few years ago Atrios nicknamed Chris Matthews of Hardball on MSNBC Tweety. I picked up on it because I thought it was funny.

Now the resident of the White House is a person who  likes to type   things on Twitter who may or may not realize that he may crash markets or start a war with a 5AM Tweet.

God help us all