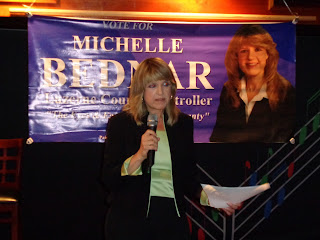 Democratic County Council candidates Wendy Cominsky, Matt Vough and John Gadomski  offered their support and Republican Chris Perry showed up. Perry has been to almost every event D or R I've been to. He is running hard.

Other notables were Judge David Lupas who is up for retention and George Brown who should have been the Mayor of W-B. I asked Judge Lupas about mandatory minimums and he gave me a  lawyers answer saying they could act as a deterrent but Judges should be able to fit the punishment to the crime. 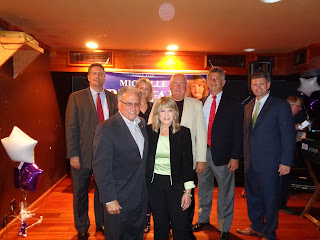 There is now a 3rd Republican candidate to replace Lou Barletta in the PA 11th CD with a few more to come. State Rep. Stephen Bloom (R-Cumberland)joins Dan Meuser and Andrew Shecktor looking to join the swamp in Washington. Alan Howe is the only Dem in the race so far. 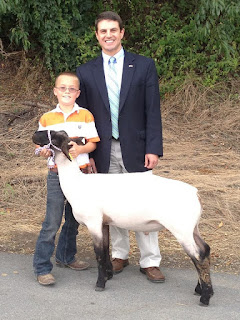 He didn't send out a traditional press release or announce his candidacy at a rally but put up a  YouTube video.

Bill O in the TL sums up his platform

As a husband, parent, and grandparent, I can’t imagine losing this once-in-a-generation opportunity to do good. That’s why I’m running for Congress. It’s time for action. 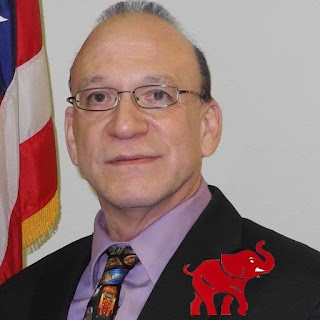 Both are running again and have golf tournaments coming up.

Come out to support Justin Behrens for State Representative in the 119th District in this special event recognizing our Veterans! 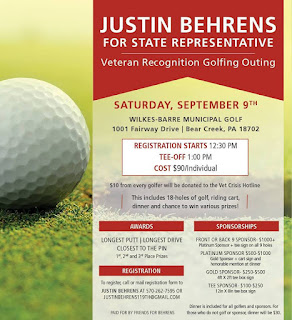 I'm not sure what golf has to do with veterans but that is his angle.

On Friday, September 15, 2017, Citizens for Mullery is hosting a golf tournament fundraiser at Valley Country Club in Sugarloaf, PA. The tournament promises to be a fun event and a wonderful opportunity to play one of the regions finest courses, all while supporting a true advocate for the citizens of the 119th Legislative District, State Representative Gerald J. Mullery

Here we go go again. Former PA Revenue Secretary and failed 2008 PA 10th CD Republican primary candidate Dan Meuser is running to succeed Lou Barletta. He was flirting with a run for PA Lt. Governor but a better opportunity arose. His announcement has already knocked Tarah Toohil out of the race.  He is tying himself to Barletta and Trump.

To refresh you memory Dan Meuser and Chris Hackett had a knock down, drag out primary fight to oppose Chris Carney. They both spent over $1 million and Hackett won only to lose the general election. There was a lot of bad blood after that election and many Meuser supporters told me they couldn't support Hackett.

His campaign slogan seemed to be Pride Mobility for Congress. So every problem the company had in the past became  fair game for his opponent

Some of the controversies:

EXETER: A woman formerly employed at Pride Mobility Products Corp. has filed a wage discrimination lawsuit against the company, alleging she was paid less than male counterparts who performed the same job. She also is alleging sexual harassment and retaliation for complaining about it.


TPM Cafe: Meuser's company has settled a contentious lawsuit over the death of an elderly man using their wheelchair, in which plaintiffs alleged that a defective battery caused a fire. From the Monterey County Herald, January 9, 2007: "Had the case gone to trial, according to court records and statements in court, jurors may have heard evidence that Pride Mobility was aware of at least 18 other fires in its wheelchairs and scooters with identical battery packs since 2002. Ten of those fires destroyed dwellings and five were fatal." (From Nexis).

The Medicare OIG fined Pride $80,000 for a kickback scheme.

And his past political contributions:

On behalf of the Pennsylvania Democratic Party, I wanted to thank you for your kind, past contributions to strong Democrats such as Congressman Paul Kanjorski, Senator Hillary Clinton, Congressman Charlie Rangel and many others. Your contributions have helped Democrats to take back the House and Senate in 2006 and potentially take the White House in 2008.

I have a big basket of this stuff if any other campaign is interested.


Many thanks to Tiffany Cloud for sending this:

Luzerne County Businessman and former Secretary of the Department of Revenue Dan Meuser announced today that he was entering the race to represent the 11th District in the United States Congress. Congressman Lou Barletta announced days ago that he would run for the United States Senate.

“I have always supported Lou Barletta and I plan to continue to support him in his run for the United States Senate,” Dan Meuser said. “Both Lou and I will fight for an agenda that puts America’s interests first and rebuilds the middle class so the economy works for everyone.”

Dan has lived in the area that makes up the 11th District for over 25 years, he and his wife of 27 years raising their family in the district. Dan joined Pride Healthcare, based in Luzerne County and now called Pride Mobility Products, in 1988. Dan became President of Pride Mobility, USA in 2001. Pride has become the leading manufacturer of power mobility and complex rehabdevices in the country, and employs over 800 people in Northeast Pennsylvania.

"I've spent 25 years in the private sector helping create thousands of jobs. During this time my wife and I supported many important causes including the YMCA, local colleges, the Back Mountain Recreation Association and the Wyoming County Children's Association,” Meuser said.

In 2010, Dan was appointed and unanimously confirmed Secretary of the Dept. of Revenue. Dan and his team worked to reform the department, implement customer-first policies, and treat taxpayers like customers. Under Dan’s leadership, the Department was named the most improved Department of Revenue in the country and received a grade improvement from a D+ to an A- from the Council on State Taxation.

“We worked day in and day out to make sure that everyone knew that it was taxpayers who came first at the Department of Revenue,” Meuser said. “Our team reformed the department and turned it into a taxpayer advocacy agency, rather than a mere collector of taxes.”

Dan Meuser is running first and foremost because he loves his country and wants to continue to serve his community. Dan will be a consistent conservative voice in Washington, making sure that he takes the values of the 11th District to Washington every day. Dan will be an advocate for an economy that works for everyone, a healthcare system that provides access and affordability without the heavy handed federal mandates of Obamacare, and a strong military ready to defeat ISIS and any other threat to our nation, and to secure our borders.

“I’m a constitutional conservative who will always put the needs of America first,” Meuser said. “I want to restore our broken political system by always working on behalf of the people of the 11th District.”

Dan also believes that the next Congressman must be accessible to the people he serves.

“I will be very engaged and constituent focused, making sure that I am accessible and transparent,” Meuser said. “That means being involved in resolving issues, large and small, throughout the district.”

Dan will be traveling the 11th District visiting each county over the next 2 weeks.