Medicare and Medicaid at 50

Many of the gloom and doom predictions about Medicare in the 1960's have been repeated about the Afordable Care Act (Obamacare). Of course none of that came to pass. Doctors can still live and practice where they want to and it has not lead to a Socialist takeover the the means of productions.  If anything programs like Medicare and Social Security have increased the freedom of senior citizens by not being dependent on family or charity.

Many Republican candidates are now floating ideas to replace Medicare with voucher plans which I think is disingenuous since the most reliable Republican voter is over age 60. They tell them your benefits will be fine but  we will take them away from your kids and grand kids because the system isn't sustainable. That is not true as Kevin Drum points out :
Ten years ago, Medicare was a runaway freight train. Spending was projected to increase indefinitely, rising to 13 percent of GDP by 2080. This year, spending is projected to slow down around 2040, and reaches only 6 percent of GDP by 2090.
Six percent! That's half what we thought a mere decade ago. If that isn't spectacular, I don't know what is.

Medicaid is another matter because it is a means tested program that people don't pay into like Medicare so it's easier to attack as a handout to the undeserving poor. What people don't know is that big chunk of Medicaid money is spent on nursing home care. My mom is in a nursing home and we sure don't have the $9000+ a month to pay for it.

I have an Uncle (WWII vet) who gets all of his medical care from the VA  and can't believe I'm not a Republican until I told him that I won't vote for a party that wants to close the VA Medical Centers. 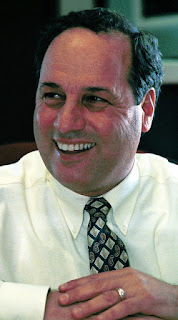 The announcement was made before a large crowd of enthusiastic supporters on the steps of the former Hazleton High School. The school, a historic local landmark, was slated for demolition during Marsicano's tenure as mayor. Marsicano led a community wide effort to save the building, at one point refusing to issue permits for demolition work. His actions resulted in the building being saved and restored and is now in use as both an elementary/middle school as well as the site of the Wiltsie Center for the Performing Arts.

Marsicano stressed the themes of bipartisanship and the restoration of a more congenial approach to governing. He indicated his intention to knock on doors in every part of the 11th District to bring his campaign directly to the voters, and will begin to do so immediately in Carbon County. His full announcement and biographical information is attached.

Issues positions can be found at the campaign website www.marsicano.net

HAZLETON — Michael Marsicano, former Hazleton mayor and a pilot who flew key players in the Kids for Cash scandal to a Florida where their condominium was located, announced his bid Sunday for the seat held by U.S. Rep. Lou Barletta.
Marsicano read from a prepared text and did not take questions from the media in the brief announcement on the steps of the former Hazleton High School from which he graduated in 1966.

Marsicano lost his re-election bid after four years. Having entered office with a small surplus, he left the city $1.4 million in debt.
He returned in 2007 to run for mayor anew. Unopposed in the Democratic primary, Marsicano lost. I’m not kidding. Incumbent Mayor Lou Barletta mounted a write -in campaign for himself as Democratic nominee and beat Marsicano.
Through all this, Marsicano repeatedly pushed for a freight-only airport outside Hazleton that several experts said was unneeded. At one point he joined Gladstone Partners, with Powell and Greg Zappala, to push the idea. Powell and Zappala were co-owners of the PA Child Care juvenile facilities at the heart of “kids for cash.”


Are there no Matt Cartwright's in that district. This is a tough district for the Dems as Romney won it by 10 points in 2012 but they can surely come up with a better candidate than this guy or the disbarred lawyer they ran last time. 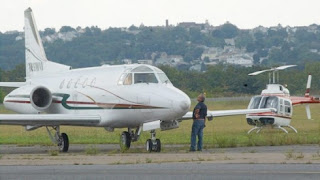 I'm sure my good friend McGruff could add more information with a Hazleton perspective  if he wasn't so busy cooking and eating too much.

Well he got his Sanctuary Cities bill through the House .  Now he wants to micromanage the armed services about the rules that govern when some one can carry a firearm on base.

I was in the military for 8 years and there were very strict rules about when someone could carry a weapon and where. FOR GOOD REASONS!

You almost never   hear of some " gun accident"  happening on a military base.

Ask any base commander who is probably a Colonel in his 40's if he want's a bunch of his 18-20 year old troops running around with loaded guns on post. Think about it, what could possibly go wrong?

Nobody reads Blogs on Saturday

Except Alex Milanes. So I'm not going to post anything until later.
Posted by Gort at 3:36 PM No comments: 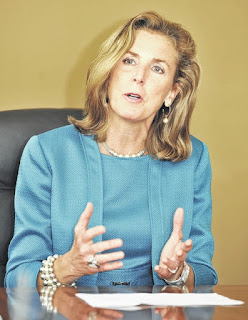 I'm having a hard time wrapping my head around this one. The press has been reporting forever that Democratic politicians are so pissed at Joe Sestak for taking on Arlen Specter in 2010 that they can't forgive him. After all they went through a lot of trouble to get him to switch party affiliation for the 2010 election then he lost the primary to an actual Democrat. For all the inside baseball criticism of Sestak that he ran a poor campaign he came within 2 points of knocking off Toomey in very Republican year. One of the arguments for her is that with Hillary at the top of the ticket it would be good to have a female candidate ride her coattails. Tell that to the last heartthrob Josh Shapiro. We will leave Ed Pawloski out of this. 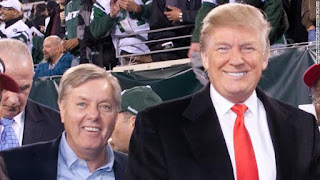 Like most political junkies I'm enjoying the latest Donald Trump reality show that has somehow morphed into the Republican Presidential primary. You all know about his comments about Mexicans and John McCain that everybody this side of Rush thought was beyond the pale.

Today he shot back at Lindsey Graham for calling him a "Jackass" by giving out Graham's cell phone number. How Petty. Somehow this reminded me of something that my inspiration and mentor the Blogfather  once said about Mayor McGroarty. "He's a Vindictive Little Prick."

Probably getting a new phone. iPhone or Android?