My Yahoo email was hacked

Sorry about that folks. Yesterday I took a quick glance at the spam filter and saw that there were bunch of Mail Daemon messages which I thought was odd because I hadn't sent any emails over the weekend.

As far as I can tell the worm didn't get a hold of my entire address book but enough of it to annoy many of my friends. Again my apologies. So if you see a subject line from gort42@yahoo.com titled Re:, Re:7, Re:8, etc or Re:Hi! It’s only for you! The most interesting site, Re:I suppose you’ll be delighted after you try it! You know it wasn't sent by me.

I'm sure most of you figured that out and deleted it immediately but if you didn't and clicked on the link there is a possibility that your computer has been infected by a virus. I'm running all the protection software to combat this but it may not be enough so I think I will take the computer to the shop to get a thorough cleaning. Although what I have been reading they may have got a hold of my address book on other computers.

I don't favor the the death penalty for the most part but the bastards who did this deserve a slow, painful death.
Posted by Gort at 3:02 AM 3 comments:

I had a nice chat with James O'Meara Sr tonight who is running for a place on the Plains Township Board of Commissioners. He doesn't have much of a chance as a Republican running in an overwhelmingly Democratic town but you never know. He had previously run for State Representative against Eddie Day Pashinski because no one else would and wanted to give the voters a choice and got clobbered. You have to admire that commitment to the democratic process.

In the Plains Township race he said much of the same thing. I asked who was the last Plains Republican Township Commissioner and neither one of us could up with an answer. Help me out trivia people.

The big issue in our little burgh is how to spend the windfall for being the host of the Mohegan Sun Casino. For the most part that has been put to good use paving streets and adding police patrols to deal with the problems that the place has produced.


In addition to the host municipality fee Plains Township gets for putting up with the place there is another pot of money for the health, safety and economic development projects in those counties where the casinos are located. In the last 3 years the Plains Twp Board of Commissioners have kicked backed a million dollars a year to the Casino to pave the parking lot that is located on top of the old East Side Landfill neglecting other needs such as purchasing a new ladder truck for the fire department. My friend Kevin Blaum documented that a few years ago. Such nonsense, we are supposed to make money off the place not subsidise it. Jim will oppose that and question why it happened in the first place.

We need a watchdog in Plains Township instead of 5 yes votes for everything.
Posted by Gort at 10:57 PM 3 comments:

Another contract not approved

The 3rd class county code is clear that only the county commissioners have the authority to approve a contract but some people still haven't got the word. Recorder of Deeds Red O'Brien hired a NY company to do some scanning work for $31,000 with the possibility of more work but never got the Luzerne County Commissioners to approve it. So Controller Walter Griffith is refusing to pay the latest invoice unless the Commissioners approve the arrangement. Solicitor Vito Deluca has been hot about this illegal pratice for the past few years. It looks like the money to pay this company comes from the records fund that LRW Solutions was so good at getting. See Betty for more on that.

I think the biggest reason I voted for the home rule charter is that eliminates the row offices. Too many power centers and lack of accountability. Do we really need to elect 11 people to what are essentially administrative jobs without responsibility for policy? However I don't like taking away the Controller's responsibility for paying bills or the unelected county executive but those problems can be fixed in the near future without going through the whole charter writing exercise again.
Posted by Gort at 2:52 AM 5 comments:

The Phillies dropped 2 out of 3 in Seattle but are still on top of the NL East. So coming into St Louis we have the big 3 on the mound. Halladay and Lee should be good but Oswalt has not good been light's out lately. Hammels starts Friday. There a lot Philies blogs out there, this is one of my favorites Phillies Nation
Posted by Gort at 7:26 PM No comments:

Phyllis on the job

Speaking at a rally in the Capitol, Mundy said the state has issued more than 6,600 Marcellus Shale drilling permits, and more than 2,800 wells have been drilled.


"I agree that the drilling industry is bringing economic benefits to our state and to some of our citizens," she said. "However, anyone who travels to Dimock in Susquehanna County as I have, or reads about countless drilling accidents that have occurred across the state, knows that we are not properly regulating drilling operations in the Commonwealth."

H.B. 233 would put a one-year moratorium on new Marcellus Shale drilling permits to give the legislature time to enact necessary protections in law and regulations. H.B. 230 would create a 2,500-foot drilling buffer around drinking water supplies. H.B. 234 would create an online tracking and reporting system for Marcellus Shale waste, such as drilling mud and chemically treated water used to fracture shale to release gas. H.B. 232 would restrict drilling and site preparation in floodplains, improve the disposal of waste water and better control erosion and sedimentation where gas is drilled.


In addition, Mundy attempted to amend a bill so Marcellus Shale wastewater would be designated as hazardous waste under the state's Vehicle Code. The amendment, which was blocked by Republican procedural maneuvers, would have ensured drivers transporting frac water for treatment are held to the highest standards.

Mundy said new state Department of Environmental Protection Secretary Michael Krancer has recommended more than 20 amendments to the state's Oil and Gas Act that mirrors legislation she and others have repeatedly introduced. She said she hopes the amendments become law soon.

Those who forget the past are doomed to repeat it," she said. "If we as Pennsylvanians learned nothing from the legacy of the coal industry, shame on us."

If you think that this gas drilling is some jobs panancea take a look at this report from the Keystone Policy Center.

My blog buddies were out on the river this weekend and had the nerve to object to the gas drilling companies sponsoring Riverfest.

Kayack Dude documented the lies and The Blogfather wrote it all up.

Speaking of Mark, he took a shot at me the other day and I think he was trying to get me to start posting again. Well if if you wanted to get a rise out of me pal you have succeeded!


I talked to him recently, and I was stopped dead in my tracks when he said he thought Barack Obama was doing a “good” job. And even though his comment resulted in tiny bubbles coming out of my nose, I sought out no point/counterpoint exchange.

I know that the rest of you will be surprised that Mark and I disagree on national politics although we are almost on the same page on what is going on locally. Yes, I have been disapointed with this President. I voted for him to end the wars not to start a new one in Libya or Yemen. On the domestic front I think he inherited an enourmous mess that is going to take time to fix. It doesn't help that he is dealing with a Republican Party that is hell bent on economic sabotage. You don't take money out of the economy when growth is slow. The people who are bitching about deficits now didn't care about them the last decade.

We need another stimulus. Instead of a payroll tax cut of $120 billion spend that on fixing our roads, bridges and isolate the storm water runoff from sewage systems that pollute the Susquehanna River and many more accross the country. I think that would please Kayack Dude.


And please find another color for your exceperts of the local papers. It's hard to read.
Posted by Gort at 6:07 PM 2 comments:

He used to cut the grass.
just a couple of quarts of beer

They can't score runs like they used to but the starting pitching has been outstanding.
Posted by Gort at 6:17 PM 2 comments:

One more shuttle mission to go. 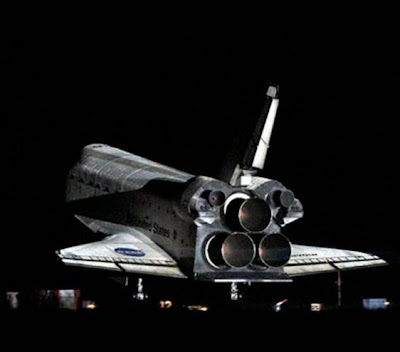