A big thank you to Gene Rooney and Deborah for the great service for Blogfest tonight at Rooney's Irish Pub. Gene is selling the place but we may continue at the same location in the Fall. A full report tomorrow. 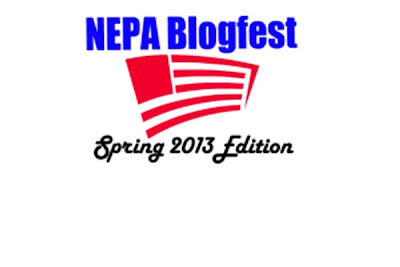 Northeastern Pennsylvania Bloggers will be hosting the 7th semi-annual Blogfest at Rooney's Irish Pub, Friday April 19th, 67 S. Main St., Pittston, PA 18704 starting at 6PM. This is an informal gathering of bloggers, candidates for office, elected officials and anyone interested in politics or blogging. There is no charge for admission.

Since it's inception 3 years ago Blogfest has been described as the best political event of the season. No speeches are allowed and the rule is agree to disagree but don't be disagreeable. Many local and statewide candidates will be attending. 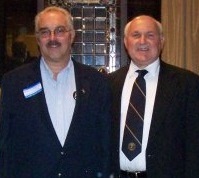 Green Party of Pennsylvania applauds State Senator James Ferlo and Healthcare 4 All PA for persistence regarding state-based Single Payer Legislation.
Pittsburgh-area legislator to introduce Family and Business Healthcare Security bill in current legislative session, while Healthcare 4 All releases results of Economic Impact Study.
The Green Party of Pennsylvania extends its sincere gratitude to Senator James Ferlo of Pittsburgh for his continued work toward a state-based single payer plan.  During past legislative sessions Senator Ferlo has been the lead legislator in the Pennsylvania Senate on this issue.  The Greens also extend congratulations and appreciation to the non-profit organization, Healthcare 4 All PA, which has worked tirelessly to help Pennsylvanians on a path to meaningful and civilized health coverage.  In recent years Healthcare 4 All PA has provided information on the savings single payer offers Pennsylvania municipalities and school districts.  Many in the organization have also requested the Pennsylvania Legislature fund a study to determine the impact on the entire state economy, a request that was ignored.  So the group, through its own funding, commissioned an Economic Impact Study, conducted by Professor Gerald Friedman of the University of Massachusetts-Amherst.  The results, released last week, are significant in the savings for individuals, government and business.  In all, Pennsylvania would save $17 billion yearly in health related expenditures, while providing full and comprehensive coverage to all Pennsylvanians.
“The Green Party stands in solidarity with those working towards state sponsored single payer health care legislation.  We are often critical of politicians for doing wrong, but, Senator Ferlo is right in this case and we support his efforts.  We encourage both houses of the General Assembly to work quickly to pass this legislation.  Health Care for All Pa's Economic Impact Study proves the economic benefit.  In fact, passage of this legislation would provide real economic stimulus for the Commonwealth,” said Green Party Chair, Jay Sweeney.
“Various forms of single payer exist in dozens of countries around the world.  It is time for Pennsylvanians to have that same healthcare security.  If passed, single payer healthcare would be the most significant anti-poverty legislation ever passed here.  Also, Pennsylvania workers would have more flexibility in employment, since health coverage would not be linked to specific employers,” suggested Katrina Brabham , Chair, Alleghany County Green Party.
If passed, single payer would create a system in which a Pennsylvania Healthcare Trust will be the administrator of an all-inclusive health insurance.  The plan would provide coverage that includes medical care, prescription coverage, emergency transport, long-term care, addiction treatment, mental health, physical therapy, dental, vision and more.  The cost would be a 3% tax of income ($30 on every $1,000 earned) for those with income, and a 10% tax on gross payroll as the employer contribution.  In addition, state and federal funds used for medical purposes in Pennsylvania, would also go into the trust fund. Study available at www.Healthcare4allpa.org
“The model is effective, and quite simple to understand.  Currently our state wastes tremendous amounts of money on administration, while for-profit insurance companies cash in on complex rules that often deny needed coverage to its policyholders.  A single payer plan has one risk pool of 13 million Pennsylvanians, with one administrator.  As opposed to the current private insurance system with dozens of companies, offering hundreds of plans; none of which are as complete single payer coverage.  Such comprehensive coverage is not available now, at any price,” said Green Party Steering Committee member, Carl Romanelli.
Among findings of Economic Impact Study:
If enacted, the Pennsylvania Health Plan would save $33 billion dollars in 2014, allowing for coverage of all Pennsylvanians while still netting $17 billion in savings over current costs.
The 3% tax on an individual’s income would provide a lower premium cost for more than 80% of Pennsylvania citizens.
Plan would have no additional premiums, deductibles or co-payments.
Plan would save local government and school districts 40 to 60% of current costs; more for municipalities or school districts with health insurance pension obligations.
Plan would create 120,000 to 200,000 new jobs.
Plan would allow patients access to doctors and hospitals of their choice, as opposed to the restrictive limitations placed on individuals by for-profit insurance.
Healthcare costs would be controlled and more predictable and prescription drugs could be purchased in larger quantities, thereby saving significantly over current practices.
Plan would put Pennsylvania on a path to sustainable healthcare for the future.  For example, during the past 20 years Pennsylvania healthcare costs have risen by $60 billion dollars.  However, the area of most pronounced growth has been in billing and administration, as opposed to actual improvements in healthcare.
Posted by Gort at 7:47 PM 1 comment:

Eileen (Pipech) Sorokas of the Miners Mills section of Wilkes-Barre, announces her candidacy for Luzerne County Council.  She was born and raised in the Wilkes-Barre Area, graduated from Saint Joseph's Parochial Grade School, Wilkes-Barre Township High School, and Luzerne County Community College. Also, she attended the United Way Union Counseling Program and night classes at Kings College to advance her degree. Eileen is retired from the ILGWU and is in the process of rebuilding a farm in Hunlock Creek, where she raises farm animals and plants seasonal crops.

She stays active in various charitable organizations being a member of the Huber Breaker Society(Ashley), AM-VETS Ladies Auxiliary Post 189(Greater Pittston Area), and the Rose Tucker Senior Center(Nanticoke). Eileen has been involved in Governmental functions on the local, state and federal levels, serving on the Democratic State Committee, Democratic National Convention and numerous political campaigns.
"I am running for Luzerne County Council as a concerned citizen and taxpayer, to be a voice for all the residents of Luzerne County. I want to bring back dignity and respect to Luzerne County Residents. My Vision is to hear residents say, What a great place Luzerne County is to work and live." "Accordingly, I will strive for honest, responsive, and dependable government. One that understands and serves the needs of the public, which includes, holding the line on taxes and watching how our tax dollars are being spent. Furthermore, I will be accountable only to the residents of Luzerne County. "
Posted by Gort at 7:44 PM No comments: