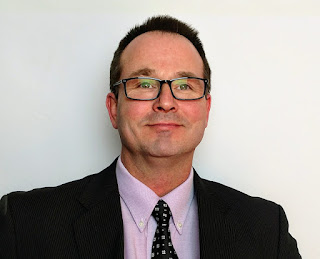 My name is Jerry Kairnes; I'm 48 years old and I live in Cogan Station. I'm a father, and I earn a living as a building materials salesman. I'm running for Congress because I want our kids and grandkids to have the same shot at the American Dream that you and I had.

It's Time For All Americans To Put Country Over Party

I'm launching, for a second time, an Independent campaign in Pennsylvania’s 10th Congressional district, challenging both four-term incumbent Tom Marino and the district's two announced major party primary challengers.
I am motivated to run because of the complete absence of leadership demonstrated during the government shutdown by all three of the candidates running for Congress in our district. Not one asserted that we should not negotiate policy under the threat of government shutdown, or use policy as a concession to reopen the government. We must never allow functioning government to become just another bargaining chip at the negotiation table. Now is the time for all Americans to put country over party!

A Call To Action

Our common sense campaign is a call to action to those in the district who seek to fix our nation’s broken politics and restore the American dream for future generations. I seek to unite our neighbors around the principles of fiscal and environmental stewardship, economic opportunity, and equality under the law. We need leadership who will put country over party, follow the facts, and pledge to work together to solve problems.
It’s as if our house is on fire and two fire companies have shown up, but instead of putting out the blaze, they are content to argue with each other until our house is in ashes. We only get one Republic; if we burn it down, there is no empty Republic across the street to move into.
It's not a political choice to grab the hoses and start to put out the fire, it is a necessity.
The government shutdown turned me into a firefighter. Join me; our Republic needs you!
Our District Needs Centrist Leadership
I announced our first bid for Congress in 2016 when no candidate filed papers to challenge Tom Marino, but withdrew when a Democrat achieved ballot access via a write-in campaign, effectively removing the path to victory for our independent challenge. That Democratic candidate got 89,923 votes to Tom Marino's 211,282. A Centrist Independent most certainly has no worse a chance of winning than any Democrat.

Our problem-solver platform is unchanged from 2016: if elected, I won’t be going it alone. I’ll work tirelessly towards the goals of a balanced federal budget, to secure the Social Security and Medicare Trust Funds, for American energy independence, and job creation. Send me to Washington! I’m ready to join dozens of other members of Congress who’ve pledged to put labels aside to advance solutions to our nation's biggest challenges.”
Here are the specifics:

You’ll Never Question Whether My Vote Is For Sale

Our campaign will only accept campaign contributions from individuals - real people - and never from Political Action Committees, special interests, lobbyists or unions. Additionally, Big Dollars from far away place should not fund campaigns in our district that is why I will cap campaign contributions at $250 from anyone who does not have a vote in the 10th District election.

Transparent Representation with No Strings Attached

I pledge to be an automatic “No” vote on any bill that has not been made available for three days of public review. Other folks have made that promise and broken it; I mean it! To prove it, we can start calling it the “Kairnes Rule” beginning today!
If elected, I will only accept a salary equivalent to the median wage of families in the 10th District - $52,199 - and return the balance of the Representative's salary of $174,000 back to the U.S. Treasury. If elected, I’ll make what you make, and I won’t get a raise unless you do.
A People's Campaign For The People's Seat
To earn access to the ballot our campaign must turn in 4,226 valid signatures from Pennsylvania 10th district voters by August 1st in order to get on the November ballot as an Independent candidate.
We can't earn a place on the ballot without your help and we won't win without you. We're just getting started! Send us as email at  team@jerrykairnes.com to learn what you can do!

A Campaign of Necessity
I believe we all share a responsibility to participate in our own governance in whatever way we are best able. I'm a building materials salesman; I was not expecting to launch another campaign for the people's seat but necessity demands it. I'm simply unwilling to expect of others what I am not willing to do myself.

The objective is simple: make sure our kids and grandkids still have a shot at the American dream. We can’t just sit back and do nothing while the politicians tell us that our problems are just too big, that we are too divided a nation to work together to find solutions, and that future generations of Americans will just have to figure it out for themselves
Posted by Gort at 4:10 PM No comments: