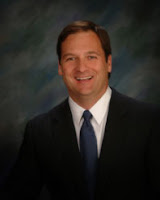 Another one one of these stories by Boris. Yeah the the Republicans think they can win this seat back because they lost it because of the Tunkhannock Strangler. We'll see. If there are troops in Iraq in 2008, and there will be, the Dems are going to win big in Congress and take back the White House. The Republicans are trying to tie Chris to Nancy Pelosi like anybody pays attention to that sort of inside baseball. Weak. They even have a website that calls him a liberal!

He's not a liberal. In fact he's been pissing off liberals like me. He voted against the McGovern admendment that mandated an immediate withdrawl from Iraq. He voted for the Iraq funding bill without timelines that Mr. Bush wanted.

The netroots raised a bunch of money for this guy and now some of them feel betrayed. Howie feels betrayed and I can't blame him.

What's the alternative? Another Republican mouthpiece. I have my differences with Chris but do we really want to give this seat back because he is not pure enough?

Careny is one of the few "Neo Cons" to ever be elected to anything. most elected officlas are just under thier spell like Bush and Clinton. and if they have thier way Oboma becuase he is less experinced in general gov't htan Bush and equally inept in foriegn policy. They can use him fot thier own desire to lord power and bring about the utopian society.

for more info on the 'bipartiainship" of neo Cons see here

I draw the distinction between raising money and volunteering for a reactionary Dem like Carney-- his voting record is abysmal, one of the 2 or 3 worst of any freshman in the House, across the board issues-wise-- and just voting for him so the Democratic leadership of the House can stay in place. DWT won't be campaigning against Carney in 2008; we just won't be helping him. We're more pissed off that he explicitly lied to us about the Hate Crimes bill than we are about him voting the way he feels he needs to vote to please wingnuts in PA-10 (who are unlikely to vote for him anyway).

Everyone notice what a great job Patrick Murphy is doing? He won by a very narrow margin in a GOP-leaning district and he's been voting the way he said he would when he ran. I mean if you have resources to donate to a campaign, why not Patrick?