The Republican Party of Luzerne County will be hosting its 4th Annual Summer Picnic on Sunday, August 16, 2015 from 1:00 PM to 4:00 PM at the Tony Attardo Memorial Park, 79 Bryden Street in Pittston. The Park is conveniently located about one mile off of Interstate 81, Pittston Exit, number 175.

I find it interesting that the county GOP website hasn't been updated but you can get the details on their Facebook page  and RSVP on the FB event page.

I think it was good move to move it from the Urbanski farm to a place little easier to get to. The farm is beautiful but it is literately a tough road to travel. 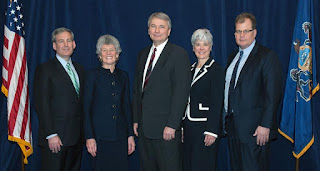