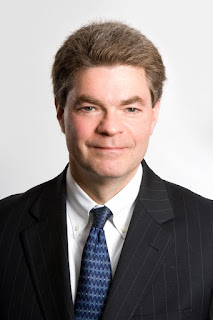 HAVERTOWN, Pa - Jack Stollsteimer announced today that he is running for Attorney General of Pennsylvania and will be seeking the Democratic nomination in the 2016 Primary.
Stollsteimer has spent much of his legal career as a criminal prosecutor, both as an Assistant District Attorney in Delaware County and as an Assistant United States Attorney for the Eastern District of Pennsylvania.
In 2006, Stollsteimer was appointed by the Governor of Pennsylvania as the Safe Schools Advocate for the Philadelphia School District. As the Advocate, he brought to light the District’s underreporting of violent crimes in schools and its failure to discipline violent students in accordance with the District’s own Student Code of Conduct. His work resulted in changes in District policy, establishing a safer environment for both children and teachers within Philadelphia’s schools.
"I have established a long track record for protecting Pennsylvanians from crime," said Stollsteimer. "It is time to take that proven track record and put it to work again so that the citizens of our Commonwealth are assured that they have someone as their chief law enforcement officer who is 100 percent focused on keeping them safe."
Jack Stollsteimer, born in Philadelphia, currently resides in Delaware County with his wife and two children.

Kathleen Kane is in a world of trouble so now the  sharks are circling the waters. Northampton County District Attorney John Morganelli is exploring a bid.  Blog buddy Bernie of LVR thinks he should take over now.
Montgomery County Commissioner Josh Shapiro is being mentioned as possible candidate but then again the great mentioner is always mentioning Shapiro to be running for something.

2 other row offices are also up next year. Auditor General and Treasurer.
Posted by Gort at 5:27 PM