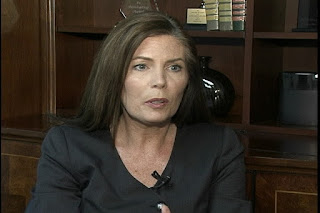 That was her defense to charges that she committed perjury, obstructing the administration of law, official oppression, conspiracy and false swearing for releasing information from a 2009 grand jury probe to a Philadelphia newspaper in 2014.


“My defense will be I broke no laws of this Commonwealth. Period,” she stated.

Then there is her confusion about movies. PennLive:   "Boondog Millionaire" at the news conference, which left some wondering did she mean "Slumdog Millionaire" or "Boondock Saints"?

In somewhat related news Kane's company is shelving natural gas trucks because one of them exploded via Scott Cannon:

Kane has nothing to do with the trucking business, she is separated.