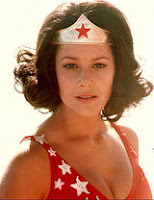 With so many people either getting into the Pennsylvania 10th Congressional race or toying with the idea it's hard to keep track of it without a score card.

The latest rumour was hard to track down. At first I thought that Debra Winger was considering a run. She looks great in a Wonder Woman outfit and her co-star in her biggest box office hit, Richard Gere, once played a political consultant in one of the most entertaining and underrated political movies of all time, Power. Sure, she is not a resident of the district but that hasn't stopped anyone else. I'm sure she can drop a few hundred thousand to buy a residence at a swanky address. When I inquired her publicist sent this response, "What kind of drugs are you on?" I guess that rules her out. 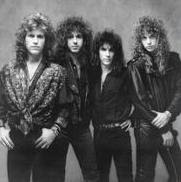 The glam band Winger was immediately ruled out because none of them will get a haircut. Plus I don't think that 4 people can occupy the same office. And showing my age, who is Kip Winger?
.
No, the Winger that is running (or not) is closer to home. It's regular commenter and blog buddy Right Winger. He said "I care. I, like most other people, feel my ideas and opinions are the only valid ones. I'd like to make more money and have lots of power. I'd better stop before I convince myself this is a great idea."
.
Ignorance is Bliss is our newest NEPA political blogger, go tell him hello and rip his shorts off.
.
Mikhail Gorbachev, Bob Dole, Brittany Spears, Paris Hilton, Princess Diana, Joe Torre, Terrell Owens and Ryan Howard among others have also decided not to run.
Posted by Gort at 6:27 PM

Very clever. This race is setting up to be very entertaining for all - and poking some fun at it will hopefully take down the testosterone levels!

So if i understand you correctly Jose Mesa has not rule dout running.

Also i think Joe Biden should pull a suprse jump out of the presdiential race, resign fromt eh Senate and challenge Carney for his hometown Senate Seat(I know biden is from Scranotn which is now 11, but when he was raised in Scranton he lived in the 10th

Thanks for the plug Gort.
As for my deciding to run or not, I have an exploratory committee to see how people feel about all the bad things I did in the past. (hey, the 80s were fun) But if I can explain it all away or hide it until a government sting can catch me, I'll be good to go. I'm already working on my bumper sticker: "Right Winger for Congress. Why the **** not?"

Things have gotten a bit brutal around here. We shouldn't judge the candidates on policy positions, campaign donations, or best chance to unseat Chris Carney.

How 'bout a winner take all wet t-shirt contest for the nomination?

I liked Kip Winger - in a previous life. I think. All the big hair bands of that era kinda blur for me. Don't ask me why and I won't lie to you.

I also like the idea of a wet-t shirt contest to determine nomination. But why stop there?

What about the Yankees or Phillies- they have nothing to do this fall.

I heard that Amber from Club 10 will enter the race. She is raising funds Thursday night in the VIP room.