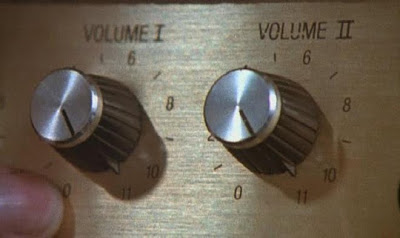 With the addition of Luzerne County Commissioner Steve Urban to the race the Pennsylvania GOP can now field a football team in the primary for Lt. Governor. I think that Urban has been a voice of reason in Luzerne County and is the only commissioner candidate that I have voted for in the last 2 elections. He is opposed to a tax increase and wants cuts in personnel and programs to balance this year's budget.
.
From the TL: 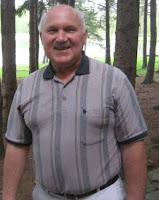 .
After spending a decade in county government, the 57-year old said he’s
discovered there are some issues affecting counties across the state that cannot be fixed at the local level. He says they must be fixed at the state level.

“It is a position in the state where you can work day-to-day with the senators, be close to the representatives and try to get issues like this accomplished….I don’t think the state senators and representatives really listen to the county commissioners.”
Sounds good but the Lt. Gov doesn't really have a policy making role unless the Governor gives him or her some responsibility. Lieutenant governors preside over the Senate and cast votes to break a tie. They also serve as Chairperson of the Board of Pardons and the Local Government Advisory Committee of the Department of Community and Economic Development.
The legislators are the only ones that can change the law. Maybe some Republican or Democrat will be willing to take on Senator Ray Musto to address these issues.
The State GOP website has a list of the other ten candidates:

Hey Steve,
now i see your thinking behind the votes you did or didn't cast as a County Commissioner.
why is it no one, from Barletta, to Urban to soon to be announced Sen Baker wants to just do the job they were elected to do.
i have come to realize there needs to be legislation in place that requires an elected official to resign their current position to run for another.
they will be campaigning on out tax money~!!!

The Lt Gov is the spare tire of state government.

But its nice to have a good spare tire that not only runs well until u get it fixed(Single when Casey was sick), but one that can be a full replacemnt(Sweiker) and perhap[s be better than the original.

I wou;ld go with Cawley because Swiker was a Bucks commissoner too

No, let's get some big city GOP hack, something we're all conditioned to understand.

Steve "NO" Urban in a state race. With ten candidates who knows? I pray the gods are good and takes this asshole out of Luzerne County. We certainly won't miss him and his ability to shut the bard door after the horse gets out. I plan to encourage every Republican friend I have to vote for Steve Goofus. This will be the Peter Principal working in Luzerne County. Yum Yum

If you think that Urban and his idea of firing people is the way to balance a budget, your brief vacation did you little good.

if the voters had listened to urban and flood when they were saying NO, the county budget would not be in the red and firing people or raising taxes would not be needed

Being Lt. Guv ain't worth a bucket of warm piss.

The typical democrat think tank at work here. Too bad this think tank is a piss pot with three handles

If Corbett really wants to win, put this fireplug in the chassis:

Urban is a goof. He thrives on free publicity. He cant raise $1000 and yet he throws his hat in thr ring for this. All he is doing is trying to get free press for his run at County Executive when Home Rule goes through.

Anon 12:19 just hit the nail square on the head. Urban with his German historic mustache knows he doesn't have 10 cents to run for a county office, he knows he can't raise 10 cents but he could care less. As long a Sue Henry is willing to dance with any Republican who calls, he can talk to county voters till the cows come home and try to garner the votes for the Couty Executive position. God forbid! Urban is as big a bag of wind as has ever entered the court house,, He has 20 - 20 hind sight and knows exactly what should have not been done. He hasn't a clue about what should be done but hell, when you don't have an idea in your head, fire somebody. The public lives it when a public employee is fired.

Again, look at these comments from all these mal-content democrats. Same old shit. Tell me you're all happy with Luzerne County, Rendell, and Kenyon Obama?
Maybe you all would really like Greg Skrep?
You deserve everything you get!