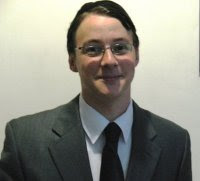 
Pike County resident Ted Yale will be holding a meet and greet session with voters next week to formally kick off his campaign for U.S. Congress in the 10th district. He will first need to win the Republican primary in May before facing incumbent Democrat Chris Carney in the November election.


While he announced his candidacy in an early December letter to political leaders and activists in the area, this will be the first public event of the campaign. The meeting will be held at the Tom Quick Inn in Milford PA (411 Broad Street) on Wednesday the 27th at 5:00 PM. All are welcome to attend.


Yale is running as a fiscal conservative on a platform of limited federal interference and increased autonomy for state and local governments. He has attacked Carney's support of the congressional stimulus bill and the recent healthcare reform, two topics that could be a major liability for Democrats nationwide in November.


Despite the Republican edge in the district, which went to McCain in 2008, Carney is seen by many as a formidable contender in November's election because of his reputation as a moderate. Yale, however, disagrees: "Carney keeps trying to tell us that he is a 'blue dog' conservative Democrat. The fact is, he votes with Pelosi over 90% of the time, including stimulus and healthcare Carney is as liberal as anyone else in his party: there is simply no such thing as a tax-and spend conservative. Period."


He is also pushing voter contact as a key part of his bid. His Facebook page and campaign literature urge voters to invite him to their political clubs, churches, and community events. "I know I am the underdog here," Yale said, "the Democratic establishment will be throwing millions of dollars at this campaign. The only way to win will be to connect with voters one-on-one and at a community level."


Asked about his prospects, Yale was optimistic. "Pennsylvania voters aren't stupid. Carney got lucky in the past two elections, but when people see an opportunity to send a genuine conservative who really cares about them and their families to represent them in Washington, they'll take it. I know I would."
Posted by Gort at 4:27 PM

Who cuts his hair?

Anybody would be better than Tom Marino- who apparently is going to announce soon. Read the blog for more information:

Who is Ted Yale? I have lived in Pike County for decades and never heard of this guy.

It is not good to start a campaign for a district that cover at least 12 counties when people in your own county don't know who you are.

Good luck Yale... you are up against a former U.S. Attorney, a political operative, and a County Commissioner. What is your background? What do you do for a living?

tom marino?? are you fucking shitting me??? the republicans have a legit shot at taking back the tenth and they are shootin themselves .in both fucking feet

Marino? Not a chance.

Madiera is a dirty political operative.

Malcom Derk is a young conservative and has done a great job as County Commissioner in Snyder County. It is time for a real change in Congress, not just change the political hacks that fill the seats. Derk is the clear choice!

The sad truth is none of these men can beat Carney (for various reason ranging from indefensible dirty laundry to an inability to fund the effort.

We need to draft the right person to take on Carney - but sadly, I don't know who that is.

the person to draft is joe peters, but why he would want leave a very successful life in the private sector would be beyond me

joe has a business of 1, has three divorces to his record and is a poliical hack. there are not many i think worse than these guys, but joe would be one of them.

so divorce disqualify people? his buisiness his successful. i know joe peters and he has an incredible resume. I would change parties and vote for him.

interesting that you didn't dispute the business of 1 and him being a political hack. sometimes it what you don't say that carries the most weight.

he is a political person, what of it? he has an impressive array of political experience working with both dems and republicans. as far as business of one, he makes good money doing it, how many businesses do you own?

i've lived in lehman twp for 20 years and i have never seen this kid at a community or party function. most of the republicans out here don't even know who he is. the ones that do know him tell me that he just registered to vote in pike county very recently and that he lives in his parents house. make no mistake. he's a new yorker. he'd better have a pot of money to run against these other guys let alone carney. if he thinks carney won on luck the last two times, he should get a grip. can't wait to see him talk to the farmers in the western part of the district. that should be a lot of fun.

Are you serious? Half of the people in Pike County are New Yorkers!
What's more important is, would he be a good congressman? Does he get the issues? Is he really conservative?
Now, I have no clue about Yale or pretty much any of the other non-name candidates (Marino included). But I hope that when voting time comes around, we'll be voting for who would do the job well, not where they grew up. Maybe he'll be great with farmers, how do you know? We need good candidates and good politicians, we should be looking for quality whatever package it comes in.

PS Didn't Carney grow up in Nebraska or something anyway?

Pike Mets Fan don't you get it, around here New Yorkers are illegal immigrants.

He isn't even 25 years old yet. That won't happen until April 2011according to his voter registration. Doesn't the constitution say you have to be 25 to run for Congress? Is he even eligible to gather signatures on a petition? He's claimed to be "100% Pennsylvania." He's already started out the gate talking out of both sides of his mouth. He was schooled here. He hasn't lived here. He doesn't own property here. He doesn't pay taxes here unless he pays income tax here. He isn't a veteran. He has no governmental experience. I'm sure he's a fine young man but unless he is just out for some name recognition he needs to step back and not waste anyone else's time this year.

Wow William, seems like you've really done your homework on this guy, and if you're right about the age thing that will be a problem he needs to address.
Believe me, I'm not saying that he's got my vote. I don't know anything about him except what it says here. But don't you think we should keep an open mind and evaluate him based on the facts? If he's good, let's vote for him; if he sucks, let's not. That's how democracy works! Why should he "step back and not waste anyone else's time this year"?

William may have written harshly, Mets Fan, but he's right. A 3-way primary is already going to do us damage. Meuser and Hackett ground each other into the dirt in 2008 and Hackett never recovered because a lot of Republicans who had been for Meuser would not back him. Having a name in the race this year who apparently is a few months too young to run is not helpful. I'm thinking that William is right about this, too, but you can check it on the PA Department of State website through the SURE portal. You have to know his birthdate to check it, but his Facebook info page gives you enough information to figure it out. Republicans need a serious candidate. Ted can come back and try again when he is more seasoned.

Pretty sure he'd be 25 by the time he would be sworn into Congress, if he won, which is what matters--not his age on election day. Not saying I support the kid, just that that's not an issue.

As for his background, facebook says he graduated from Princeton a year and a half ago ('08).