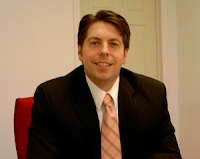 The PA 22nd Senate district is mostly in Lackawanna County with a slice of Monroe and just 3 Luzerne County towns-Avoca, Dupont and Duryea. With so many state legislature races in Luzerne County I have to draw the line somewhere so I won't be putting in a lot of time covering this one. Fellow blogger NEPArtisan has been following the twist and turns since Bob Mellow announced his retirement who will have to scrape by on a $300K a year pension. It must be nice to write the laws governing your own retirement.
.
Scranton Mayor Chris Doherty dropped his bid to be Governor
and now wants to be the State Senator from this district seems to be the frontrunner. Former Lackawanna Commissioner Joe Corcoran got the Democratic Party endorsement for whatever that is worth and 2 others are in the race.
.
Which brings me to 114th District State Rep Jim Wansascz who wants to be a State Senator. He is getting beat up over the per diem thing but is open to changing rules about them as he explained to the Scranton Public Policy Examiner. I met Jim today and thanked him for including me on his press list. He requested that I publish his press releases and I'm happy to oblige. The one question I forgot to ask was "Do you think you can beat Frank Scavo in the fall"?
.
Jim doesn't have a campaign website up yet but he is on Facebook. His state rep site is http://www.pahouse.com/Wansacz/

On Tuesday, March 2nd, 2010, Representative Jim Wansacz filed in excess of 2,000 signatures for the 22nd Senatorial District. Wansacz was the first candidate to file and plans on submitting supplementary signatures before the March 9th deadline.

“I am encouraged by the outpouring of support I have had since announcing my intention to run for the Pennsylvania State Senate,” Wansacz said. “This is a testament to the dedication of my volunteers who have made a tremendous effort to obtain these signatures in the face of the weather we’ve recently experienced.”

While several candidates having announced their intentions of running for the seat, only Wansacz has submitted the requisite signatures for inclusion on the Democratic ballot this May 19th. State law requires the filing of 500 signatures of qualified electors within the party and District of the seat.

“This is the beginning of a long campaign, one we intend on focusing on what matters most to the people of the 22nd District,” said Wansacz. “I look forward to discussing the issues that affect our every day lives; job creation, property taxes, education and preserving our environment.”

This is a fine and decent youngster. If all politicians were like Mr. Wanczack, the world would be a better place.

Hey Jimmy, are you still giving alcohol to minors like you did at your old mans bar?