Walter on the job 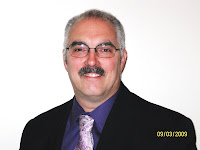 I've been busy with the horse race aspects of the upcoming elections for state and federal offices and have neglected the happenings of Luzerne County government so it's time to catch up.
.
Republican Walter Griffith was elected as Luzerne County Controller by a wide margin on a promise of being a "pain in the ass" and so far he is living up to that. The way to be a pain is to simply ask that county government follow the law. I know that that is a novel idea around here. He has exposed various expenditures that were were not authorized by the Commissioners, Salary Board or Union contracts such as the Chief Public Defender collecting on-call pay or employees trying to cash in unused sick days far in excess of what the union contract allows. He has refused to pay invoices from companies that may not have valid contracts with the county because the Commissioners never approved them.
.
Then there is the out of control Sheriff's department. They have been selling guns to a select few and Griffith wanted an accounting of all firearms in the office and was forced to subpoena acting Sheriff Charlie Guanieri who refused to cooperate. Some select deputies were getting bonus payments that exceeded their annual salaries for driving their own cars on county business that even the the union objected because it wasn't offered to all employees. When county employees use their own cars they should get 50 cents a mile not some sort of vehicle lease. The PA Attorney General is supposedly investigating this arrangement but he he is busy running for Governor so I don't expect much.
.
The Luzerne County theme song.
.

From my experience, when Walter sees something wrong, he says something about it:

According to elections official Walter Griffith (right), who was working the polls at Ward 16 in Wilkes-Barre City, he witnessed a black woman come in to vote. She was told she wasn't registered to vote and wasn't in the books. This woman then said that she definitely filed the registration paperwork that was needed.

Lots of back slapping going on here but stop for a moment and reflect that Carolee asked for the audit. It was done and Griffith refused to give her a copy but did speak to the press about it. Give me a break! By not giving Carolee a copy of the audit she requested, all he did was delay her ability to make corrections and to create new procedures. They knew what was done and who did it. All hey needed to know is to what extent was the theft. You see this as good work by Griffith and I see it as grandstanding. By the way, Griffith used the term "forensic audit", this audit wasn't even close to being forensic in nature or fact.

As for CPD Russin being paid on call, why not? Where does it say that the salary board approves o.t. or on call pay? Russin was told by the administration to make himself available and collect the stipend and now they want it back. Typical of this county mentality. Give no one anything and don't pay a fair wage for a fair job done. I'm about sick to death with all of this negative bullshit. Now I have to wonder if Gort is actually writing what he feels or simply justifying his choice of candidates? Doing a job and doing a job correctly are two different things. Not giving Carolee the results of the audit in my humble opinion stands on the edge of a criminal action. Not giving her the tools to do her job is nothing less than causing a cover up. Personally, I'm not looking for a 'pain in the ass" to be Controller, I want a Controller who knows the difference between a routine audit and a forensic audit. Right now I wish I could take back my vote. From this day forward, I will only vote for qualified candidates, no more slogan candidates.

"Now I have to wonder if Gort is actually writing what he feels or simply justifying his choice of candidates?"

Um, has he tried to justify his support of Christine Katsock, or has he been critical of her since she landed her dream job on the school board?

Gort, they can call you whatever they want, but when they bring your credibility into question, them there's fightin' words, son.

Meet him out back of Uncle Jiggy's tool shed and see what's what.