The trouble with Harry

To nobody's surprise the Wilkes-Barre Are School Board replaced admited crook Frank Pizzella with another longtime politico, Gary Polakoski, who was nominated by former reformer Christine Katsock. This is not a not a knock on Mr. Polakoski who has served on the Wilkes-Barre Township council for 16 years who works for PennDOT and seems to be qualified. My choice was Harry Haas who fell short of a seat on the board by 116 votes in the last election or any other of one of the unconnected candidates.

I didn't expect this bunch to do the right thing after they reelected Pizzella as board President and they didn't disapoint.

Haas released this statement after the vote. It's a PDF so I can't cut and paste. He promises to be back in 2 years. 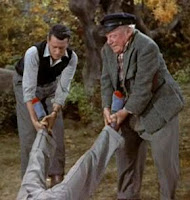 Harry got screwed. He deserved that appointment

The WB Area school board is a disgrace plain and simple. I wonder if Kanjorski is going to give back the Chuck e cheese Rangel fundraising money. Go Phillies

What a disappointment. I hope that all of this crap regarding the school board will get voters to reevaluate and kick the incumbents out. There is no accountability with this board.

If they were not going to replace a Democrat wit a Democrat then he was as good a choice as any of them. He has been a public servant and there are not legal stones being thrown his way.