Most endorsements are good for a press release and not much more so I'll play along.
Lou Barletta held a press conference yesterday at Genetti's in Wilkes-Barre to unveil a new Web site-www.DemocratsForBarletta.com. Unfortunately he didn't bring along any Democrats to bolster his argument. The two people who appeared with him were Scranton City Councilman Pat Rogan and primary candidate Brian Kelly and that was it. These guys may be registered Democrats but it is hard to take them seriously as they both had previously endorsed Barletta.

According to NEPArtisan Rogan supported Barletta actively in 2002 and 2006 against Kanjorski. He ran for city council as a Republican in 2007 and lost so he switched his registration but still campaigned on an illegal immigration platform. Tom thinks he won his seat because he was part of the Janet Evans slate.

Brian Kelly got votes in the primary because his name wasn't Kanjorski or O'Brien but if you look at his platform (his site won't load) he is no Democrat. From a previous post:


He says he has been influenced by the writings of Allan Keyes saying that they think alike.
Abortion is "prohibited" in Declaration of Independence , Public display of the Ten Commandments is a state’s right, This is a Christian Nation, Sex education if it exists at all, should be abstinence-based, Drill here, Drill now, No U.S. citizenship for “anchor babies” of non-citizens, Repeal the Sixteenth Amendment, Constitution does not require separation of church and state

He also had imaginary conversations with the ghost of Dan Flood.
Both of them are frauds and I expect better from Lou. 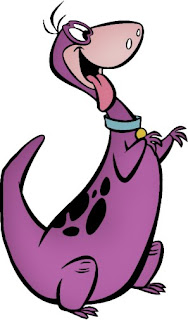 Bill O'Boyle's reporting was solid as always and I'm sure an editor wrote the headline. Leading Dems my ass.
Posted by Gort at 3:24 AM

The Times Leader sucks! It always has and it always will. They support Republicans whenever possible and the ships of fools endorsed the Home Rule Charter. To read it is to deny it. There is no way that any logical thought could lead a voter to support a form of government which takes government control out of the hands of the voter. These two bozos from Scranton are Democrats just as the Times Loser is fair and unbiased.

You expect better from Boo Hoo Lou?
This guy is desperate. If he loses this time, his political career is over!

Uhmm... his political career was over the minute he brilliantly showed himself as a constitutional scholar with the policies he attempted to pass to kick illegals out of Hazleton, proving that he is not the man for the job. While Osama Bin Kanjo needs to go, I cannot vote for someone who can't decipher the one document that is to serve as a guideline for our representatives on Capitol Hill. I'm writing in Gort!

Anon 3:54; Don't be too sure. In NEPA being a silver spooned, uneducated, race, bating, bigoted dolt can take a politician very far

Kelly said, “We need a voice – a voice that will say no to deficits, no to debt, no to bailouts, no to tax hikes and no to runaway spending.”

"Leading Democrats" Kelly and Rogan. Never heard of them.

The Times Leader broke the Sherwood choking mistress story, then was bought by Republican Richard Connor, and then endorsed Sherwood over Carney...after they themselves broke the mistress choking story. The Times Leader also endorsed Rick Santorum over Casey. 'Nuff said about the Times Leader, it's a Republican rag. Featuring columns by Ann Coulter, Charles Krauthammer, Mona Charen. The FOX "news" of local papers. Why aren't they syndicating columns by Rush Limbaugh, Sean Hannity, and Glenn Beck yet?

I read that as "Sex education... should be absinthe-based." Not a bad idea. I'd sign up for that class.

The TL has a hard time staying in the middle of the road. Seems they have a tendency to pull to the right.

Rogan is a top Dem. I think he is vice chair of City Council. So he has an important electoral position.

Kelley is a joke

So the headline was half right.