A reader recently asked me did/do you know anyone who knew Hugo personally....just a bit of morbid curiosity on my part?

I know the cop that arrested him for DUI . One of his cousins is a co-worker and good friend. And I know one of his pen pals. Hugo writes a lot of letters but she won't let me see them. 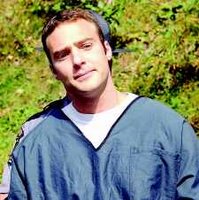 Now the TL is teasing us with a letter they received from Selenski saying they will publish it January 2nd. But they give us some choice quotes.

“You consistently walk into trials grossly unprepared and it would only seem fitting of you to try and prevent your opponent from proper preparation.”-

I guess the TL is sitting on the whole thing waiting for a slow news day.
Posted by Gort at 3:28 AM