Take the money and run 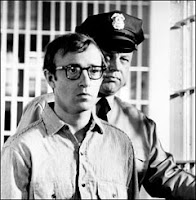 Juvie Brother former Judge Mark Ciavarella wants to cash out his contributions to the state pension plan to the tune of $234,000. That would drop his monthly benefit from $6800 to "only" $5,150 until he is sentenced for selling his office to the 2 highest bidders. I wish I could pull in 5 grand a month. His co-conspirator Michael Conahan got that sweet deal last year collecting a $300K lump sum and $8073 a month since January 2008. I'm in the wrong line of work.

The chutzpah of this guy doesn't seem to have any limits. Yesterday he said he can't be sued because he is protected from the civil action by the “doctrine of judicial immunity.” McGruff has an explanation of the legal mumbo jumbo of judicial immunity. He wrote the motion himself and said "Judges of courts of superior or general jurisdiction are not liable to civil actions for their judicial acts, even when such acts are in excess of their jurisdiction, and are alleged to have been done maliciously or corruptly.”
In short he is saying even if I sold kids up the river you can't touch my money. I hope the State Employees’ Retirement System sits on his application for as long as they can.
In addition to the 3 class action lawsuits already filed the Luzerne County Commissioners are looking at joining in the litigation fun to recover some of the cost of the county paid to PA Child Care. “Why not get in line also?” -Steve Urban
Is it just me or does Ciavarella have a uncanny resemblance to Woody Allen? 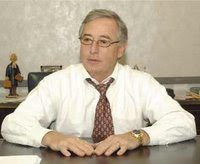 He is acting like a Cello player in a marching band.

Can we sue him for damages resulting from lost property values and employment opprtunities after this area has been made a laughingstock by his jackassery?

But according to 20/20 we are already a ravaged coal mining region.

I wonder how tough he will be where he is going. Right now he has brass balls. Does anyone know what the hold up is on sentencing? If the plea has been signed, why have they not been sentenced? Is it fair to ask is the sentence being held up to give Chiv the chance to get the lump sum payment?
If they sentence him immediately then all of this retirement money talk becomes moot.

I thought Bob Mericle was going to take care of him - some more "finders fees". What does he need the taxpayers money for now?

By the way, when is the third stooge going to join the Marching Band?

won't let me embed but fits.

When are the feds going to investigate Skrep?

Quote from Skrep..."Attend my $1000 per plate dinner fundraiser or you'll never work in this town again"

That was told to me BEFORE all of the corruption talk by a local contractor.

How about the Mericle WYOMING SEMINARY ordeal? Mericle built them a new field. I wonder what WYO SEM had to give him in return!