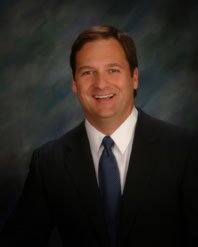 Chris Carney is a different kind of Congressman than we are used to in northeastern Pennsylvania. For many years all we expected our Congressman to do was bring home the bacon. Joe McDade and Dan Flood were masters of the process and Paul Kanjorski and Don Sherwood followed in that tradition. The questions of war and peace were left to others. Now we have a Congressman that was right in the middle of the decision to go to war in Iraq and people are looking to him to explain what went wrong and how to get out of this mess. In a NY Times profile he said :

“It was the politics of division, and the way Congress eschewed its role of oversight and accountability. We didn’t have any checks on the administration. I think that was the bottom line for me.”

He has also been quoted in the LA Times and The New Yorker. I even caught him on Hardball one night. And he's a freshman! He wants a seat on the Appropriations Committee (who doesn't) but seems better suited to Armed Services.

The other side is already plotting his demise. The 1998 Republican primary candidates have mostly disapeared except for Honesdale Attorney Errol Flynn. Recently retired state rep Jerry Birmelin has expressed an interest. Primary opponent Kathy Scott probably is not a viable candidate but the GOP hope seems to center on Joe Peters, the Scranton native who was the Republican state auditor general candidate in 2004 that lost.
Posted by Gort at 3:16 AM

If the Dems want to keep this seat, the will put him on appropriations, make the bacon delivery as easy and high profiled as possible and allow him to also be a national leader on national security.

gort, Dan the man Flood was a leader on national isues, more than carney will ever be(even if for some unkown reason he is more than a one termer) outside of NEPA He was known as a staunch hawk and patriot including his stance on the Panama Canal. he often critisized ford, nixon and cater for negotiating with Commies. That is why Carter sent his hounds after him and trumped up charges and balmed him for crimes committed by his staff

Also he may have been on Hardball, but he played SOFTBALL with David Shuster who is nowhere near qualified to fill in for Matthews, The only people on that network who can fill Chris's Shoes are Buchanan and Scarborough because they have real, not just journalistic experince like Matthews.