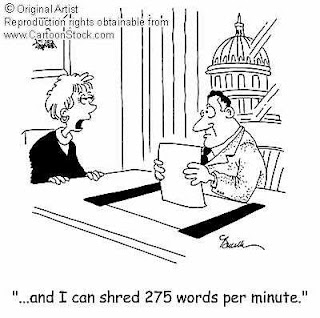 Destroying evidence when an investigation is under way is just stupid. It's not the crime that will sink you but the cover up.

HARRISBURG -- A former intern for the House Democratic Caucus says he was instructed to shred boxes of personnel records later sought in a grand jury probe into whether state employees were given taxpayer-funded bonuses in return for political work...A statewide grand jury is investigating allegations that state workers were given lavish pay bonuses last year to reward them for working on the 2006 campaigns of various House members, a violation of state law...In December, the Post-Gazette reported that a series of e-mails dating back to 2004 showed that a cadre of House Democratic aides used a spreadsheet to rank state employees according to their work on political campaigns and awarded them taxpayer funded pay bonuses according to that ranking.

This has a local angle as my old friend Carl Romanelli points out: 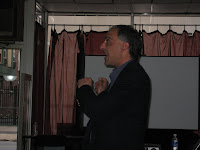 In this investigation they have already found a link to Democrats receiving fat, tax payer funded bonuses to those who worked to depose me and Nader from the ballot. In the Nader case, dozens of emails (which were deleted) were recovered with spread sheets showing the employees were rated on their work against Nader in 2004. The highest rating was "rock star." The so-called volunteer that worked against me, Karen Stiner (a Democratic legislative aid), received a $15,000.00 bonus!!
A full grand jury investigation since September of '07 and there in no coverage in the local media. Business as usual I suppose.

Carl is still active in the Green Party after trying to get on the ballot for Senator in 2006 which ended coming up short. He needed 90,000+ signatures to be listed but the state Democratic Party challenged enough of them to keep his name off.
.
Local Green Party picks nominee for president
.
Luzerne County’s Green Party on Saturday nominated former six-term Georgia congresswoman Cynthia McKinney as the party’s choice for president.
The vote of support came at the local party’s caucus, held at the Northeastern Pennsylvania Organizing Center on South Main Street in Wilkes-Barre...Locally, there are 407 Green voters in Luzerne County, down from a high-water mark of 535.
.
Carl provided me with the results of the vote:
.
The Greens of Luzerne County had its caucus today. We only had voting for a three hour period. There were a total of 10 votes cast today. Cynthia McKinney won with 6 votes. Nader received four.
Posted by Gort at 3:04 AM

I always wonder, why isn't the Green Party bigger in this area? Carl?

Wow...shredding is serious...almost as serious as, I don't know, maybe, deleting thousands and thousands of e-mails from the White House computers?