Christine, You broke our hearts 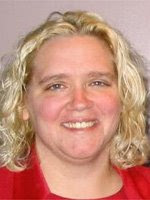 Follow the money-Deep Throat
.
Much of the outrage over the re-election of Frank Pizzella as Wilkes-Barre Area School board President has been directed at newly elected board member Christine Katsock.
.
I was always a fan of Christine who has run for many offices over the years as a Republican and self described taxpayer watchdog. She came within 800 votes of defeating Wilkes-Barre Mayor Tom Leighton in 2003 and gave State Rep Eddie Day Pashinski a run for his money in 2006. I was happy when she finally won an election to something. Then something happened (dispute with Steve Urban?) that prompted her to change her registration and was spotted working the polls for Tom Leighton when he ran for re-election.
.
She had no comment when asked to explain her vote for Pizzella but it's not hard to figure out if you look at her Campaign Finance Report. Frank Pizzella was her top cash contributor pitching in $3000. She also got $1800 as a in-kind contribution from the Friends of Frank Pizzella. Other notable contributions came from engineer Michael Pasonick who does business with just about every government agency in Luzerne County and has been implicated in the ongoing corruption scandal. Owners and employees of Apollo Electric chipped in $2000 and the owners of Popple Construction $2000.
Posted by Gort at 2:36 AM

He has not been found guilty but the biddie brains feel a charge is a sign of guilt. I like the idea that she was loyal, tt's a hard trait to find in Luzerne County. Pizzella was retained so now for the sake of appearance, he should step aside with point having been made. Those who know him trust him and most important, this is still America and being charged is not a guilty plea.

Yes, being charged is not a guilty plea, but serving as a School Board member (President, no less) is a PRIVILEGE, not a RIGHT. What's more, being a public official means that an individual should be held to a higher standard of conduct than simply presumption of innocence. These positions involve substantial amounts of money, so even a hint of graft or misconduct is cause for concern.

If proven innocent, Mr Pizzella can run again. If proven guilty, there is no way to un-due the harm to the District...that stink will remain for a long, long time.

The only thing I agree with is the fact that he is innocent until proven guilty.

I agree with Mr. Albert, when you are elected as a public official, you should be held to a higher standard. There is no question that Pizzella should resign and if cleared of the charges, is free to run for public office again.

From what I understand, though, when the FEDS indict someone there are two results: 1. You agree to a plea deal and accept a lesser sentence or 2. You are found guilty at trial and receive pretty much the maximum sentence allowed for the crime you were prosecuted for. I rarely see anybody being acquitted.

Good luck Mr. Pizzella and to ANON 5:14a.m. grow a set of balls and sign your next post.

Sad, sad day for those who supported and voted for Christine in the past. She learned a lesson getting her butt handed to her in several elections losses. Principal doesn't matter. Loyalty? Is her loyalty to someone who contributed money or the tax payers she so valiantly championed. Loyalty? No! She has been bought and paid for. And then she declined to comment. When she was NOT accountable Christine never met a microphone, reporter or talk show host she didn't gravitate to.
I wonder if Sue Henry feels like she has been kicked in the stomach?

Local paper and news need to get a hold of this and start asking questions.

Is her loyalty to someone who contributed money or the tax payers she so valiantly championed.

To someone who contributed money.

no loyalty? loyalty amongst all the crooks is what kept all the scandels quiet for so many years along with the "hush" money and/jobs they were given. they take care of their own. Now and finally the fbi is what is breaking up the so called "loyalty". AMEN

This bull shit that they never arrest without conviction is just that. Just yesterday, there was a not guilty plea tried in Harrisburg and guess what, NOT GUILTY by verdict of a jury. But just like some of the jerks on here, Corbett was screaming that he doesn't agree with the jury. Was he there for the entire trial? No, but he like you can judge without the facts or benefit of a trial. FU all! Signed Anonymous

For the record, I don't know that the Harrisburg 'bonusgate' trail referenced in the last post was prosecuted by the Feds....rather, I think it was the State AG that was running that show. This is the same guy (Corbett the AG) who is running for governor as a "Crime Fighter". Oppps.

'Forrest Gump' seems basically correct...the Fed's are pretty conservative when it comes to charging someone, namely that they only pull the trigger when they have overwhelming evidence of guilt. Get the IRS involved and it's even more of a lock.

Christine finally wins an election and then realizes she is one of the good ole boys that she earlier said she despised. Well the next election she will win will be for the Happy California Cow! We see her now for what she truly is, MOO, Vote for Me:) Drink Milk!

Mr Albert and Mr Gump both seem to agree that there is no need for a trial so why go to the expense of one. Just let the Feds arrest and take the villains right off to jail. Feds never make a mistake and knowing this, we continue to wasste good tax dollars on Federal Magistrates, Federal Judges and Federal court cases. What a waste! I nominate Albert for Fed. Judge nd Gump for Federal Executioner. Screw the people. Kill um all and let God sort out the good ones. I hope these two beauties were among the throngs who didn't vote last month.

Sorry to throw some reality onto your rant, but...

1. Please re-read my post: Yes, Mr Pizzella is innocent until proven guilty, but that presumption has NOTHING to do with the PRIVILEGE of serving as an elected official. Do you actually know the difference between the words "Right" and "Privilege"? I suggest that, before throwing bombs at me(*), you understand exactly what I am referring to first. You are writing as if Mr Pizzella has a God-Given right to be a School Board President, when in fact no such right exists. Know what? That's half the problem in this area...people actually BELIEVE that they have a RIGHT to things like elected office and government jobs.

3. I don't live in Wilkes-Barre. Click on my name and you will find that I'm a resident of Scranton. You know, that mysterious land to the northeast where we don't (currently) have any judges or School Board Presidents under indictment. Why is that even relevant to this discussion? Simple...I have no axe to grind relative to Mr Pizzella or his toadie-apparent, Ms Katsock. Never met either, never heard of either until fairly recently. My only interest in this story lies in the fact that it represents a FLAGRANT abuse of the public trust.

4. I'm not a lawyer, therefore not qualified to be a Federal Judge. However, I will accept any and all offers to be a judge in, say a baking contest.

(*) By the way, I post under my real name. Say what you want, but I take responsibility for my words and actions, which apparently isn't the case in the Wilkes-Barre Area School District...nor is it the case for Anonymous Internet blog posters either.

I would say that Mr Albert is a bit upset. Not to drag this thing on but I don't see being elected president of a school board as either a right or privilege. It is a responsible position and simply requires the confidence of a majority of the board's members. It may very well be a position of pride and a position of responsibility but certainly not a right or a privilege in the sense that Mr Albert portrays it.

Did anyone notice that the documents were notarized by Paul Pasonick, son of Mike Pasonick? A coincidence?

people do get pissed off, Christine used to be one of the most vocal of the pissed. she was and perhaps still is a very angry person when it comes to the politics in this region. unfortunately the voters never got behind her and this in turn shows who really is to blame. THE SIMPLETONS OF NEPA. Once she got along to get ahead she won a seat.

Christine is a loser plain and simple and she will do whatever it takes to get elected. The whole thing about fighting for the people was a scam.you know what they say "hindsight is 20/20" well the voters got to see her for what she really is ""A PLAYER" not a "REFORMER"

I just noticed the ost by Forrest Gump comlaining about a poster not signing a real name to the post. Are you kidding me? You sign you post Forrest Gump and then criticize someone for signing Anon? WTF?

Complaining about the people in the area not getting pissed off, how about the fact that 70% don't vote? Now that's a real WTF?

Forrest Gump can be held accountable for his words since we all know that there is a poster by the name of Forrest Gump. He cannot hide from what he says.

However people who post Anonymous can easily hide and not be held accountable for their words.

MOO MOO Christine quit now while you are ahead.