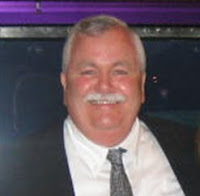 “A regular person holding an office becomes a politician when trying to be re-elected.”- Brian Kelly

Brian Kelly is a retired IBM executive and assistant professor at Marywood University in Scranton. He will not accept campaign donations and vows to serve only one term if elected. If he actually gets on the ballot it is good news for Congressman Kanjorski because the anti-Kanjo voters will have another choice other than Corey O'Brien. The Machiavelli in me has been expecting another Scranton area Democrat to get into the race.

He has a website
.
Brian Kelly for Congress
.
Reading his Patform Bullets he takes some interesting postions for someone calling himself a Democrat, to put it mildly. He says he has been influenced by the writings of Allan Keyes saying that they think alike.
.
Some of his positions:


Abortion is "prohibited" in Declaration of Independence

Public display of the Ten Commandments is a state’s right.

Official Language of US is English.

Marriage is between a man and a woman.

This is a Christian Nation.. Prayers to Christ should not be barred.

Sex education if it exists at all, should be abstinence-based

Global Warming is a hoax

Recognize the UN as an anti-US agency

Repeal all aspects of Obamacare including the "Porkulus" bureaucracy

Seal the borders of the United States

No U.S. citizenship for “anchor babies” of non-citizens

Abolish the income tax and IRS and spend money responsibly

Constitution does not require separation of church and state

Sounds like an idiot...the Declaration of Independence is not even binding law.

Why isn't he a Republican? The Democratic Party should be the left party.

Well ever race seems to have at least one wingnut with no chance running.

You shit ass demented demoncrats who post here, finally someone who has it absolutely correct

How about abortion is a great thing. 10 Commandments is a joke, any language but English, marry a goat if you wan to, lets all be muslims, promote homosexuals and pedophiles, tex kids how to have raunchy sex, give department of education more money, don't drill, worship the earth and fear global warming (fund algore), raise CAFE standards and get all vehicles off the road, US through UN control, more stimulus with money we don't have, open all boarders to let the scum in who will vote democrat, increase taxes, replace churches with IRS offices, piss on the constitution and let's have mob rule. You first 3 posters must valley mentality.

What? What a low, under-handed comment. How dare you insult me! I absolutely DON'T live in "the valley"!

The Valley mentality is exhibited in the two anonymous posters. Racism, bigotry, homophobia, and blatant stupidity.

Right on Tony. I don't recall the last time I've read such idiotic comments. As for Kelly, congratulations, you may have just handed the election to Looser Lou.

I'm not sure how many signatures are needed to get on the ballot, but I find this guy having a hard time getting on as a Democrat. He's better off, if he is serious, running as an Independent or Republican. However that move will end up hurting Barletta more. So perhaps his motive in running as a Democrat (despite being far away from a Democrat politically), is to hurt Kanjorski.

Typical LIBERAL Tony Thomas when you can win an argument, call 'em names!

"Typical LIBERAL Tony Thomas when you can win an argument, call 'em names!"


Anonymous/3:30pm...Apparently you have NEVER listened to Rush Limbaugh before.

I heard this guy Kelly on WILK, and he said everyone's covered by health care (somehow). This guy is out of touch. I know so many people without health care it's sick. Either because they lost their job and can't afford $1,000 for COBRA, or they have a job and it's just too expensive. What planet are you on, Mr. Kelly? Apparently you have good health insurance.

Some people say: "Well, you can go to an emergency room, they can't turn you down."

Well, what about the BILL??? Idiot!!! And what if you have cancer or need chemo? Just stop at the emergency room every day for your chemo treatment?

Kelly is an out of touch Christianist populist. He clearly has no intentions of being a Congressman who can help the people of the valley. He is only concerned about protecting those already well off. His positions make it clear that he is a extremist conservative and that is not what the 11th district needs.

TT and SA equipped with all their amorality could easily become dem commissioners or row officers in Luzerne County. Bet you guys are 'good catlics' too.

Actually no I am not a Catholic. I'm a proud atheist. And Catholicism, with its greed and protection of child molesters, is hardly a moral institution. Not to mention its past support of fascists, religious wars, and torture to force conversions (The Inquisitions).

Kelly's positions are actually rather dangerous. Abstinence-only education has been proven in several studies not to work. Abstinence-only is ignorant and dangerous. We need our nation's youth to be well informed of contraceptives and safe sex. Assuming kids will not have sex is exceedingly naive and not giving them truthful information about safe sex is dangerous and playing with people's lives and well beings.

Kelly offers nothing substantial. He is offering talking points and not solutions. The income tax accounts for 45% of the governments income. What is his solution to provide extra income? What does he want to spend money on? Does he realize how expensive it would be to seal the borders and maintain that sealing?

Abolishing the IRS is just as foolish. What means will the federal government have to collect taxes, not to mention enforce tax laws? A 2004 press release by the IRS indicates they have about 115,000 employees. Does Kelly support putting those Americans out of work?

Kelly and his followers represent a half-assed and reckless mentality. They have no concern for the consequences.

I am a "bad" Catholic actually.

His website claims that he has been endorsed by Dan Flood, yes the Dan Flood. As in the dead Dan Flood.

Tony, I think you're saying way too much! But Kelly is a fool and appeals to fools.

Tony just be quiet we get your point. You dont have to poke fun at peoples religions that we are free to practice in this country. Kelly is a loon and that is it.

Criticizing and pointing out the wrongs of the Catholic Church is not mocking it or poking fun. We are also free to criticize whatever or whomever we please in this country.

Get a life Tony

Tony u r such a weirdo I dont think Gandhi would ever make fun of someones religon. Your quotes "with its greed and protection of child molesters, is hardly a moral institution. Not to mention its past support of fascists, religious wars, and torture to force conversions (The Inquisitions)." How about the priests who faught for civil rights and marched along side Dr. King and were beaten,fire hosed, and jailed because of it. How about the priests who faught for workers rights, or the ones who protested the wars in Vietnam and Iraq, or the priests who teach the best and brightest at some of the finest institutes of higher learning in the country. One could have a neverending debate about the problems of every religon in the world. Priests are human just like everyone else Mr. Thomas and humans make mistakes. We r all free to make comments but some make stupid remarks.
Find somewhere new to post your remarks. I dont care what religions or for what reasons individuals dont practice religion for. Thats the beauty of living in this country. But I guess you will throw some comment up here by someone from history. Get a life Tony, and I aint even a member of the Christian right I am an active Democrat and find your post offensive.

Tony u r probably a young college kid who wants to get active in politics and please do but please comment more on the Wb School board, Paul Knajorski, Paul Maher, Chuck Rangel, Ed Mitchell, and the other harmful people who have ties to each other in this area or who r whats wrong with politics. I respect your opinion and think that you could do more by speaking out against these individuals then religion. People should know about the corruption and the untouchables in this area. I know this will not be printed because everyone is afraid of Ed Mitchell,Maher, and Kanjo but these r the people who should be talked about and I think your opinion if you have any on these people could help others on election day.

Again, I am not making fun of religion. I merely highlighted the problems with the Church. Anon 8:09 is a great example of someone who sits by while evil happens. You sit by silently while an institution like the Catholic Church does bad things. If we do not criticize something then we cannot bring about change and awareness. One can improve something like the Church by being aware of the bad. My problem is that too many people see the Church as an absolute good and refuse to acknowledge the bad. Nearly every anonymous post here has confirmed that mentality.

Howard- I have criticized the public officials of this valley before. I dislike Kanjorski and Rangel very much. I have spoken about them many times on Gort's blog and in public. Public debate is good and nothing should be exempt from it even religion. We should openly criticize our politicians and religion when they do wrong.

Im not going to write back and forth with some kid who sits on the internet blogs all day. Get a life

Very well. Run away from debate.

I think hes just ignoring u

This Kelly guy is a nut.