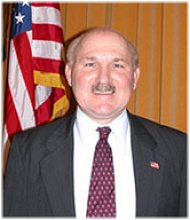 The Luzerne County Salary Board shuffled a bunch of job titles Wednesday, which could add up to $513,000 per year in new payroll costs to the county budget. The board slashed 97 positions and created 100 new ones, some with expanded responsibilities or higher pay. The cuts don't mean anyone will lose their job because many of the positions are empty. Most of the positions being altered or swapped for new ones were held by individuals who left under a recent early retirement incentive. Some of the changed positions are already filled by employees who will receive raises or different titles. The net effect of the restructuring will leave the county with three more full-time positions, for the time being. Skrepenak, Controller Maryanne Petrilla and Vonderheid voted for all the changes, without debate, deliberation or dialogue.

In fact this decision was made behind closed doors in possible violation of the Sunshine Act. They also approved the use of salary ranges that the department heads and row officers can use to hand out raises in the future instead of being put to a vote by the Salary Board.

So they are handing out big raises to people basically doing the same work and are giving up their ability to approve future raises which may violate the 3rd Class County Code. The decisions were made in the dark and the new Controller is following her marching orders of "to get along, go along." This is on top of borrowing $11 million to finance a golden parachute with the promise of saving $2 million over 15 or 20 years if they hold the line on salaries.

More taxes, more debt and more of the same.
Posted by Gort at 3:53 PM