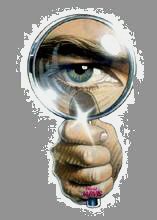 If you start a movement to remove all the legislators in Harrisburg you're going to get a reaction.

The Patriot-News: PACleanSweep is finding out politics can be dirty business. The founders of the Web-based movement to oust all state lawmakers seeking re-election have become the target of an opposing Web site.

Uncleansweep.com, launched this week, takes swipes at Russell Diamond, the founder and board chairman of the PACleanSweep.com campaign, which grew from the public outcry over last summer's legislative pay raises. Those raises, which ranged from 16 percent to 54 percent, were repealed.

To the shock and amazement of no one a Harrisburg Republican staffer is behind the effort.

HARRISBURG -- An aide to House Republicans created a Web site that attacks the head of anti-incumbency group PACleanSweep. House leaders insist that Bob Nye, who works in the state Capitol in the district operations office under House Majority Leader Sam Smith, acted alone and that lawmakers were unaware he had posted the site.

HARRISBURG, Pa. (AP) — The founder of a group seeking to defeat incumbent state lawmakers filed a federal libel lawsuit Friday against the creator of an opposition Web site that alleges that his campaign is a "moneymaking scheme."
The site, http://www.uncleansweep.com, compares PACleanSweep chairman Russ Diamond to former Enron Corp. founder Kenneth Lay and alleges that "81 percent of every dime CleanSweep has spent has gone directly into Russ Diamond's pocket."
"The last time I looked, when you call somebody a criminal and it ain't true, that's libel per se," said Lawrence M. Otter, a Doylestown attorney representing Diamond, who said he learned about the Web site's existence on Saturday.

The complaint also alleges that PACleanSweep's civil rights have been violated because http://www.uncleansweep.com seeks to thwart its effort to field challengers against incumbent lawmakers in the primary and general elections. The organization says it has recruited more than 80 candidates.

operation cleansweep takes all people men woman children working as a team with a priorty of EDUCATION FROM ALL EVILS THAT DESTROY FAMILY BONDS'not (1) one persons thoughts but a majority effort backing the STATE POLICE who cannot be everywhere anywhere all the time also EVERYONE must be involved to correct our failing society now not next week but right NOW" open your !EYES!