Creative accounting and more of the same 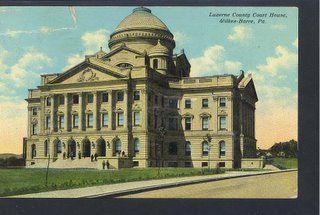 I think the majority Commissioners and all their consultant buddies must be drinking a lot of Guinness because their latest scheme strikes me as being "brilliant." From the CV:

Luzerne County taxpayers won't know until next week the exact amount the county will save by buying out 186 higher-paid employees. Commissioners will need to borrow approximately $11 million at their Nov. 30 meeting in Hanover Township to finance the buyouts. The $11 million loan is needed to pay employees a $20,000 bonus, $1,000 for each year of service and reimburse them for unused sick and vacation time.The estimated $2 million in savings were calculated after all the buyout's costs, including the loan's principal and interest are paid.

Let me get this straight. They are going to borrow yet more money to give a nice severance to people who make a nice living and will collect a pension with the hope of saving money later down the line if they resist hiring more people? And of course they won't bend the rules when hiring as this story in the TL alleges:

New county employee's brother OK'd a coaching job for Commissioner Skrepenak. H. David Jones, the brother of Crestwood School Board member Bill Jones, has started working in the Luzerne County property and supply department for $9 an hour, raising questions about whether politics have been removed from the county hiring process as promised. Bill Jones voted to hire Commissioner Chairman Greg Skrepenak as Crestwood's head football coach, then voted again last year to reappoint him despite concerns from some school board members over the amount of time he was devoting to the program. Meanwhile, Skrepenak voted to put Bill Jones on the county's Convention Center Authority. Jones' daughter, Krista, also worked as a $60-a-day intern for the county this past summer, hired through the courts but assigned to the commissioners' chief clerk office.
Posted by Gort at 10:45 AM