Steve Flood is back 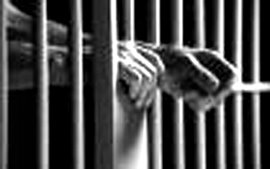 Another sweethart deal is called into question again. From the CV:

Given the substantial amount of public money involved and the allegations raised by (The Times Leader) that there are connections among the principals of ChildCare and prominent county and judicial officials, the public interest weighs heavily in favor of openness," Superior Court Judge Mary Jane Bowes wrote in her opinion. "ChildCare's weak assertions involving trade secrets appear to be nothing more than a ruse to prevent public exposure."

A back room deal is exposed and our County Commissioners and all of their consultants can't hide.

A twenty year lease for $58 million is called into question by the County Controller. Who the hell makes a 20 year deal for anything? If I remember right the people who got this contract also made large campaign donations. There is a court battle about releasing all the information involving this contract with the county and the company involved trying to keep it all under wraps. But commonsense prevailed and our much maligned courts ruled on the side of the people's right to know. This is the job of the courts, not wasting time about the 10 Commandments, abortion and Christmas displays. From the TL:

Strengthened and rejuvenated by a new court ruling, Luzerne County Controller Steve Flood plans to take another shot at exercising his subpoena power to get answers about the county’s controversial lease of a Pittston Township juvenile detention center. The state Superior Court issued a ruling Wednesday to unseal information in a lawsuit that center owner Pennsylvania Child Care filed against Flood and two state auditors. The court said the company’s arguments that the court matter involved trade secrets "appear to be nothing more than a ruse to prevent public exposure." Flood said he will execute the subpoenas within a week or two because he only has a few weeks left in office.

The audit is eyeopening:

That paperwork said the facility collected the highest rates in the state, overcharged the county more than $280,000 and reaped more than $1 million in profits in 2003 because county officials were ineffective negotiators.

So our boys with an army of outside help can't protect our interest? I'm sure the Commissioners will use every legal maneuver they can to slow down this investigation until next January when Mr. Flood is out of their hair. That will happen in when the new party hack takes over the Controller's office and this whole matter will be dropped. Then the pension board will meet and Skrep and Vondy will actually show up and form a new majority, probably 4-1, that will jetison the investigation and lawsuit.

Maybe I'm just a cynic and this won't come to pass. I was discussing all of this with a friend yesterday and she said "what do you expect, this is Luzerne County."

One last quote from Steve Flood:

"What they didn't want out is the fact that they ripped off the county."

I agree with your friend,...LC is another political cesspool.

But forget I ever said that if I ever run for office in the area.

Has LC considered going to a strong executive form of government. Lehigh and Northampton county have a county council that serves as a legislature with an executive running the administrative function. The council members are elected both at large county-wide and also within their wards (they represent about 35k people I think) The nice thing is that it's easy to pin point votes and it removes the influence of the countywide party (well, except in very partisan wards and for the executive's race). The tough thing is that it sets up a ton of battles between the council and the executive.

How do you think that model would fit into LC? My dad, a Dallas Pa native, said it sounds like the kind of thing to send the Back Mountainers off their rocker b/c it's so radical compared to the 3 commissioner system.

We actually voted down a very similar charter a few years ago. Your Dad is right, not only the Back Mtn. but both parties opposed it. We missed our chance to reform the system and eliminate elections for offices like Register of Wills and Jury Commissioner.

It's interesting that both parties turned it down unless both parties think they are equally positioned to grasp power from the other. Usually one party, sick and tired of getting kicked around decides to push for it. I guess in this case the uncertainty of it all is enough to get people to back away. If you're not sure how it will impact your chances, why support it.