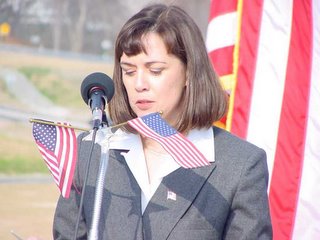 From her press release:

What she wants to do in the state government was not addressed.

There is another candidate to succeed Charles Lemmond that announced previously:

On Oct. 4th, David Maderia announced his candidacy for State Senate at the Pierce St. Plaza in Kingston. The text of his speech is available here 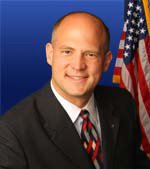 But there is another potential candidate out there on the GOP side. A well informed Luzerne County Republican operative gave me the scoop. Mayor Haggerty of Kingston will announce he is running for the seat after the new year.

It is disappointing that no serious Democrat has come forward.

Dr. Dave is a good guy and friend.

He should do well.

Dave will lose its between haggertty and baker

Haggerty has this one in the bag; he's been making the rounds long before Lemmond retired.

He has the education (MIT/Georgetown), experience (mayor, attorney, ROTC Tank Commander) and overall look for the job.

Baker has never held public office...she's not polished like Haggerty.

Baker is a complete puppet of the health care insurance companies - we've got to make sure she loses!!

Lisa Baker is a captive of the Harrisburg power brokers - if you want more nonsense - like pay raises - elect her!!