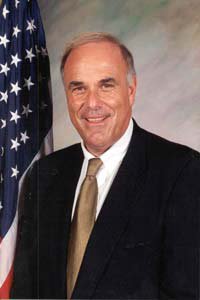 One of my favorite PA political analyst LVDem at Keystonepolitics links to a story in the Centre Daily Times that outlines a plan to establish a redistricting commission in Pennsylvania. It is probably a non-starter as I can't envision the politicians giving up the power to draw their own district maps. But is worth a try:

Rendell said a redistricting commission would allow an independent citizens commission to do what is now the highly partisan process of redrawing legislative district boundaries after every 10-year census. The process now gives lawmakers of the party in power the ability to gerrymander districts to maintain power.

"I think that redistricting has created so many safe seats in the Legislature that people aren't as responsive to the public as they should be," Rendell said.

"Generally, we should have a process that ensures public input," he said. "We can't be afraid of the public. If the idea's worth passing, we ought to listen to the public."

Similar plans are on the ballot in Ohio and California tomorrow, the polling I have seen suggests they will both lose. That's a shame, the founding fathers intended the House of Represenatives to reflect the mood of the people every two years. I think every district should be drawn as closely as possible and eliminate unopposed elections wherever possible. But it is a tough nut to crack as the recent uproar in Wilkes-Barre over a redistricting plan shows.
Posted by Gort at 2:20 PM