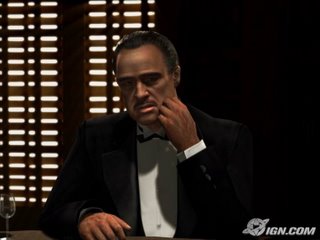 Mark of Wilkes-Barre Online and I have been having some fun lately. We watched football and drank beer and solved most of the world's problems. If people would just listen to us and General Zod this would be a happier planet. He listens to local talk radio but I don't because I have to work when it is on.

We agree on many things on the local scene but few on the national stage. But we are always civil, as Barry Goldwater said "To disagree, one doesn't have to be disagreeable."

Recently the morning hosts of WILK have starting badmouthing us bloggers. Well, probably just Mark as I'm sure they don't know who I am and I think we are the only one's who cover local events. They have a microphone, we have a keyboard, they have a big audience and ours is not so big. Why are they threatened by blogs? Maybe because someone was the only girl not asked to the prom? Or the young tennis star had too many zits to be taken seriously. Those last 2 statements illustrates what weak arguments they are using against us. If you want to debate issues I'm game. But don't use the unsubstantiated smears that are to common in the world of talk radio. Nancy, Kev, email me, I would be happy to discuss the issues of the day without name calling. But that would be no fun.

I have been on Sue Henry as a featured guest and she dialogued with me about my web site, she was very supportive.

I have called in to WILK and debated Kevin a few times, and every time he calls me crazy and dismisses me.

Me you Rick and Mark should one day Picket WILK cause as bloggers we are losers that have no jobs or anythihng else going on in our lives. And since we all wish we could be like kevin maybe we could see a real big time celeberity

Losers? I'm more educated than the 2 of them combined. While putting myself through anesthesia school, I still work per diem at the General in open heart ICU. I do blogging bc I like it, and I like journalism. Not everyone has the luxury of having a microphone. Hey Nancy, I'll do a show WHENEVER YOU WANT! Yours, Sue Henry, I'll do my own, and then you can see if bloggers can't do what you do.

Why don't you come and try to do MY job thereafter?

That's what I thought.

They couldn't hold me. I'd go picket them. But not WILK, just Nancy/Kevin.

THese sites give people who have a shared interest the opportunity to discuss, rant, insult, etc. all in good fun, may I add. Blogging is essentially AMerican, the right to say what you feel, whether it ticks offf someone or not. Bless all the Bloggers, both Conservative and LIberal.

good point pope for me its mostly all in good fun esepcially when we can make fun of peope, stae pay raise, Skrep for being an embarassmnet and Don Sherwood

for me its lunch break filler... well that and it's kind of fun.

Let's see. These are people who yak on the radio, give their opinions as though they are handing the tablets to Moses on Mt. Sinai, invite the comments of others and then trash them if they disagree with them...and get paid for it. I wonder if maybe they're feeling a little job insecurity as bloggers encroach on their territory - and the bloggers are giving it away for FREE.

One big difference between radio and blogging: the sense of permanence. Once something is broadcast on the radio it's pretty much gone - you and I probably aren't recording what these people are saying and can't very easily go back and replay the tape. Once a blog post is published, it's out there, and even if it's deleted later it's still made its way into the public record. Newspaper writing is lining birdcages, wrapping fish, or training puppies a week after it hits the presses. Radio is just electromagnetic radiation that soon fades into the background static of the universe. But blogs...stuff on the Internet is very hard to get rid of, even if you want to.