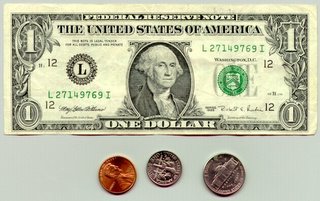 As a service to those who find this site by doing a search for "government pay raise" here is the scoop.

The 3.1 percent increase provides pay parity between civilians and military service members. The Bush administration had proposed a 2.3 percent civilian increase, but as in previous years, the president ultimately accepted a larger raise backed by both the House and Senate.
Now President Bush must decide how the raise will be divided between an across-the-board increase and locality pay differentials. Earlier this year, the Federal Salary Council recommended that 2.1 percent be allocated to across-the-board pay and 1 percent to locality raises. Historically, the president has followed the council's advice.
Posted by Gort at 11:28 AM