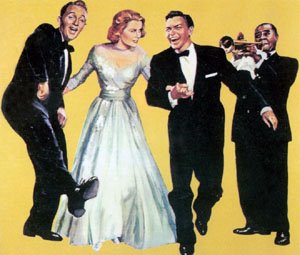 The annual get together of the political class of PA and the money class of the USA happened over the weekend. The highlight was a black tie dinner at the Waldorf-Astoria sponsored by Mellon Bank. They attended this one after going to other events sponsored by Waste Management, Triad Strategies, PNC Financial Services, the Pa Manufacturer's Association (who's past President Jim Panyard wasn't invited), Greenlee Partners and Sunoco. You get the idea. This is bi-partisan gathering of pigs at the trough and there were plenty of fundraisers to go to. See PoliticsPA for the entire schedule. The only objection I have read is that it is not in PA as reported by the Inquirer:

In Philadelphia, City Council unanimously passed a resolution Thursday to bring the affair within the state's borders. The vote took place during the same week that Leonard N. Ross, a friend of Mayor Street's, became the 18th person charged in the ongoing City Hall corruption investigation. "Look, I'm not trying to mess up anyone's vacation here," said Councilman Frank DiCicco, who sponsored the resolution and has never gone to the affair. "It's just business."

Maybe I watch too many Godfather movies but I love it when someone says "It's just Business."
The whole things stinks to rest of us.

With all the recent talk about ethical lapses in the Capitol corridors and Philadelphia City Hall, the drive for cleaner government has not reached New York. During this three-day-weekend affair, Republican U.S. Sen. Rick Santorum will be feted twice; the state auditor general, the state House majority leader, and the Allegheny County executive will throw their own soirees; and legions of other public officials will be courted by special-interest groups.

There was an alternative for the rest of us:

Harrisburg activist Gene Stilp - who helped lead the successful grassroots movement to repeal the pay raise lawmakers gave themselves in July - planned to counter the high-end partying in New York with a bare-bones bash yesterday in the Capitol.

"Please bring a potluck item," Stilp wrote on the invitation. In an interview, he said, "Working-class Pennsylvanians can't even relate to the Pennsylvania Society dinner. We want to start a new tradition for the average person: the Pennsylvania People's Dinner." Stilp, meanwhile, said he'd planned to bring his inflatable ''pay raise pig'' to Manhattan, but thought better of it. "If we want to make changes," he said, "'the place to be is the Capitol.'"

Then these guys wonder why they think they are out of touch:

Senate President Pro Tem Robert Jubelirer (R., Blair) defended the weekend: "This is not class warfare - just an opportunity to let your hair down a bit."

One weekend attendee, Ken Davis, chairman of the Montgomery County Republican Party, was shopping around his candidate for lieutenant governor, Montgomery County Commissioner Jim Matthews. 'I don't know anyone who's been bought at Pennsylvania Society,' David Said. 'Rented maybe -- but not bought."
Posted by Gort at 4:17 PM

He does not need Ken Davis to support him when the guest of honor is his broether, During his speach he said Jim is my brother 24/7 and we will be hearing alot about him in the future