The other Senate candidates 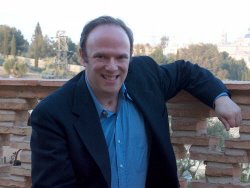 It is conventional wisdom that the 2006 Senate race will be a contest between State Treasurer Bob Casey (D) and incumbent Rick Santorum (R-VA). But first we will have a primary to select the party nominees. Almost no one has noticed but Ricky has an opponent on the Republican side. Philadelphia real estate broker and privacy advocate John Featherman (left) is running because "government should get out of our bedrooms and pocketbooks." He is a former Libertarian Party candidate who attracted the usual few thousand protest votes when he ran in 2000. He said that Santorum's book It Takes a Family was the final push to get him into the race. He said that Santorum has betrayed the principle of limited government. "He thinks he's invincible."

On the Democratic side Casey has to get past 2 challengers, history professor Chuck Pennacchio and lawyer Alan M. Sandals, both from Philadelphia. Mr. Pennacchio has a nice profile in the Times-Tribune today:

Chuck Pennacchio is openly against the war in Iraq and never would have authorized the president to invade.

He's for a woman’s right to choose an abortion and universal health care. He's also for allowing civil unions between gay couples, but against a constitutional amendment defining marriage as between a man and a woman and the federal law that restricts gay marriage. Which, he thinks, makes him a better choice than state Treasurer Robert P. Casey Jr. to be the Democratic Party nominee against Republican incumbent Sen. Rick Santorum in the 2006 Senate election. On each issue, he believes, a majority of Pennsylvanians feel as he does.

He makes a very good point about the state of the Democratic Party:

"My purpose in running is to have a debate about the future of the Democratic Party, the future of our country, the future of our constitution and the nation's place in global politics. Democrats have muddled the message nationwide. The Republican Party has been hijacked by right-wing religious follows, Fortune 500 business groups and neo-conservatives. The Democratic Party has been hijacked by inside-the-Beltway consultants. The consultants are paid win or lose, but they tell all the Democratic candidates, Don’t say anything, It’s a losing formula. Their formula for running away from issues, running away from messages is disastrous. One thing about Santorum, one thing I give him is he’s a person of conviction. The only way to beat him is to match him conviction for conviction and Bob Casey has no convictions as far as I can tell. The only way to win is to get convictions on the table and have a real debate."

Alan Sandals also makes the point that you can't win elections by being republican-lite: 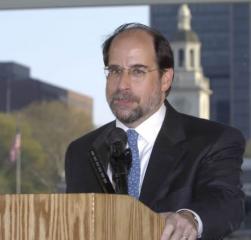 I’m a real Democrat.....Even people who are relatively well off are concerned about the future that these bad policies in Washington are creating for our children and grandchildren. Already Americans are slipping behind other countries in education, leaving our children unprepared for a global economy that keeps growing more competitive. With reduced funding, will local schools be able to keep pace with the future workplace? Will there be enough jobs in our country? Will they pay enough for workers to buy homes and raise families?
Our aging population works hard all their lives, playing by the rules, only to find their financial security gone when another round of corporate mergers leaves them with empty promises and empty retirement accounts instead of the lifelong pensions and health care they earned.
Some politicians want you to believe that looking out for your security isn't the job of government. If a person falls into financial trouble even though he or she works hard, well, it’s tough luck, they say.

I don’t believe that, and neither do you.

At first glance any one of these three guys sound better than the choice we will probably have.