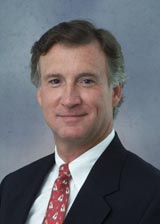 State Rep. Kevin Blaum, D-Wilkes-Barre, 121st Legislative District announced he will not seek a 14th term in Harrisburg. I speculated a few weeks back on who might run for state represenative when I heard a rumor that he may retire. He will always be remembered for his leadership to get the Arena built. I first met him when he was a young high school teacher that won a seat on the Wilkes-Barre City council at the ripe old age of 22. We both worked on the 1976 Jimmy Carter campaign and he later defeated a long time party hack for the state rep seat. I missed the race against Bernie O'Brien because I was off seeing the world in the Air Force but have always followed his carrer. Now we speculate on who will run for the seat but I'm going to hold off on that until I talk to a few people. Here are some highlights from his letter in the TL:

In May 1974, at the age of 22, I graduated from the University of Scranton with a bachelor of science degree in education and a burning desire to serve my community. By the end of the year I was announcing my candidacy for city council. There were 21 candidates in the 1975 primary to fill four seats on council. Unknown and fresh out of college, my chances of victory were further diminished when I drew the 21st spot on the ballot: dead last. I was so far down on the list of candidates, voters needed binoculars to find my name. Yet, when the numbers were tallied, in May and November, we received more votes than any other candidate. I had won my first two elections. Little did I know there would be 28 more elections to come. After serving five years on council, you elected me to the House of Representatives in 1980. I was 28 years old. Two years later I was married. Caroline was born in 1985, Elizabeth in ’88. This is the only life Beth and the girls have ever known. Indeed, it is their unwavering love and support that allowed me to do this wonderful job … and to build an arena. When my current term is complete on Nov. 30th of next year, I will be 54 years old and have served 13 terms or 26 exciting years in the House of Representatives.....

From the bottom of my heart I thank all of you for your trust, your kindness, endorsements and the extraordinary opportunity you gave me to serve. Each day I consciously worked to be the best representative any community ever had. However, I now write to tell you there is more I wish to do. First and foremost I do not want to miss any more field hockey games. I want to return to the field of education, I’d like to volunteer my time to organizations and projects that seek a better and brighter community for us all, and so much more. Therefore, I respectfully ask your blessing and support as I now seek a promotion from the humble status of public servant to the lofty position of private citizen. Toward that end, and for the first time in my adult life, I will not be a candidate for election to the House of Representatives in 2006. Beth and I reached this decision four years ago when I was quite ready to step out of the political arena at age 50.
But in early 2002, after long deliberation, I decided to remain in the House two additional terms because of several important pending community projects and the near certain election of a governor who might be persuaded to help fund them. While we look forward with great anticipation to our new private lives, be assured I am not going anywhere. The future of our region remains paramount in my mind.

Finally, there are 11 months remaining in this, my final term in the House of Representatives. I better get back to work. Thank you again for an extraordinary 31 years.
God bless you all.
Posted by Gort at 8:54 PM

For the Dems I like bill Vinsinko, he is a Leighton allay
Kathy Kane is a moron Oreilly and Piazza are just party Hacks
For the GOP I would like to see The Older Urban Run
How about Steve Flood for a Dark Horse candidate
He could win a crowded Democratic Primary or if he swithc parties he would have a chance. it would be fun to see him rail against the Legislature like he did agianst the commsihoners he is not afraid of party leadership

silly question... with all the gerrymandering that took place, is Urban in the district? I ask b/c lines get drawn all over the place and they may have accidentally drew him out of the district.

No all of the city is in the district, The GOP was just happy they have one rep in Luzren, If they were smarted they could have two but thety made Phyllis Mundy's distirct less competative, She will always wion it, but the GOP can win it whenever she is gone

thanks for the clarification.