Haggerty has the bucks and Skrep opens a restaurant 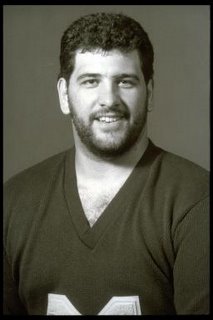 "Trust me, this isn’t going to be a place to let people get drunk out of their mind." Greg Skrepenak Luzerne County commissioner

That makes me feel good. So his Dad has a place that will display all of his trophys called Big Ugly's on Wilkes-Barre Boulevard. From the TL:

The younger Skrepenak, a former NFL lineman and All-American football player at University of Michigan, said he told his father he won’t be able to work there during the day because he must focus on his commissioner duties. He does intend to be a regular at night, helping out and socializing.

It looks like he will not get into the race for the 20th senatorial district and hopefuly will give up being a county commissioner when his term expires. My advice is ride your fame and make your bucks. It looks like he may be taking that advice. 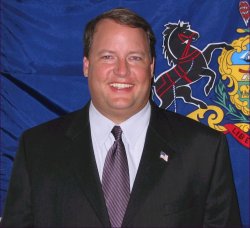 e and the TL gives a summary who he is indebted to already.

He will fit right in. Harrisburg has many politicians that owe their loyalty to the money that sent them there and send them back. More of the same.
Posted by Gort at 9:07 PM

If I'm not mistaken Mike Martinez and Haggerty are friends from high school @ Valley West. And the couple from Boston is his sister and her husband. Not exactly Sordoni Construction money like that puppet Lisa Baker is already taking in. Of course, they want to make sure little Lisa can keep the money flowing for the over bid construction jobs.

Haggerty is not like the same in harrisburg as mentioned above his money is spread around from various freinds, yes rich freinds, he mad in his life
He went to MIT then Georget town Law, or was it the other way around, but Lisa Baker went to Shipensburg, nothing wrong eith that but she cannot compete with Haggerty or Dr. Dave Maderia acedemic background.
But on Baker the Sordoni's are great peopel and really belive lisa Baker would be a good Senator. They are not corupt in any sense.

I'll always say, "follow the money." Every man has his price.